2 Tropical Waves Expected to Develop During Next 5 Days 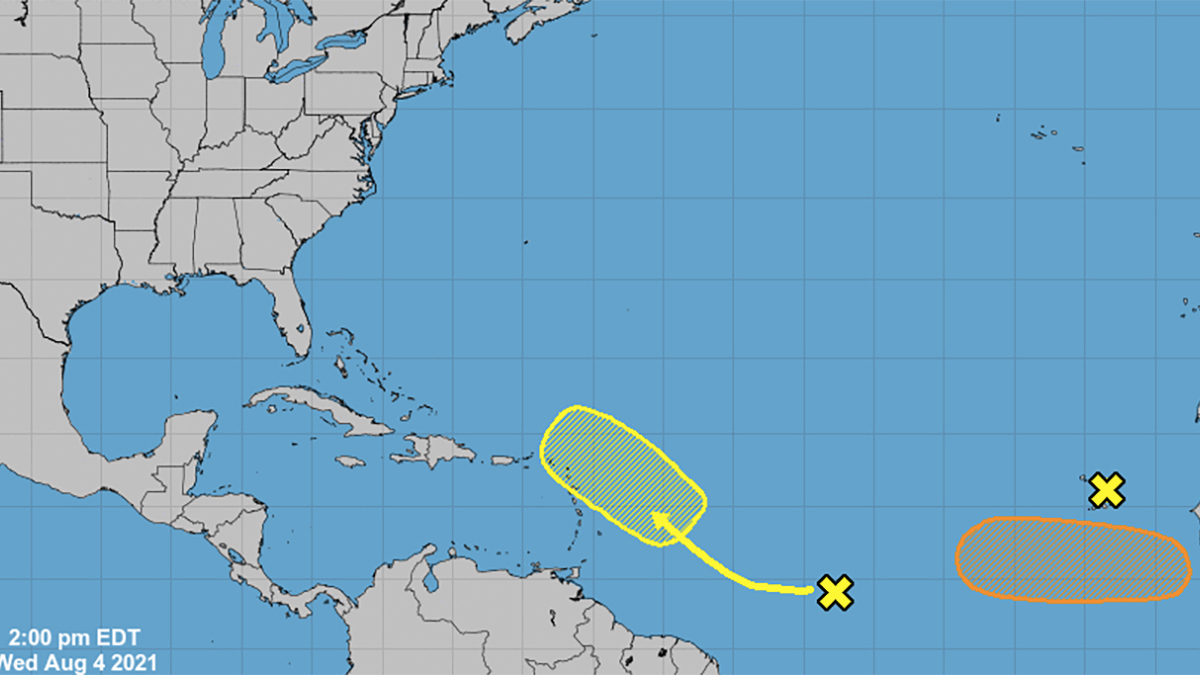 There are two tropical waves currently in the Atlantic that are expected to develop slowly during the next five days. Sebastian Daily will monitor the tropics for any further developments.

According to the National Hurricane Center (NHC), one wave is located over the central tropical Atlantic and is producing a broad area of disorganized showers and thunderstorms.

“Environmental conditions are expected to be marginally conducive for some slow development east of the Lesser Antilles by Sunday and into early next week while the disturbance moves west-northwestward at 10 to 15 mph,” the NHC said in a statement.

There’s only a 20 percent chance of development.

The other tropical wave is forecast to move off of the west coast of Africa by late Thursday.

“Environmental conditions appear somewhat conducive for gradual development thereafter over the far eastern tropical Atlantic through the weekend into early next week while the system moves generally westward at about 15 mph,” NHC said in a statement.

The 2021 Hurricane Season has been somewhat quiet for the most part, but forecasters warn that most hurricanes develop in September and October.

On September 5, 2004, Hurricane Frances hit Sebastian as a category 2 storm. The hurricane caused severe damage to the waterfront along Indian River Drive.

Three weeks after Frances, Hurricane Jeanne hit Sebastian as a category 3 storm causing the most damage. The storm was so strong that it knocked out the power for most residents in Sebastian. Many homes lost their roofs, and many residents did not have electricity for over two weeks.