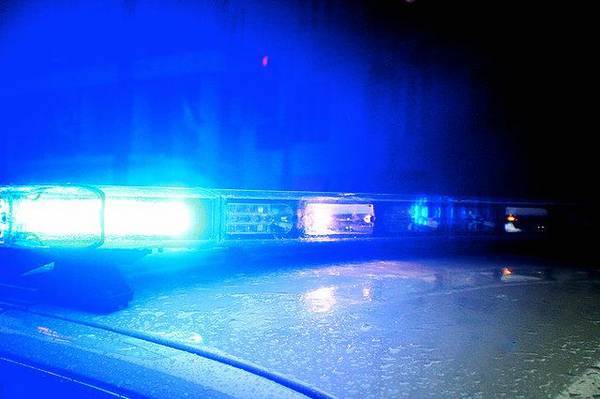 SEBASTIAN – On Tuesday night at approximately 7:35 p.m., the Sebastian Police Department responded to a crash involving a pedestrian and multiple vehicles in the area of the intersection of Fleming Street and Sebastian Blvd.

The preliminary investigation revealed that Gregory Bowser, 55 of Sebastian, was operating a Ford truck traveling south on Fleming Street approaching the intersection of Sebastian Blvd.

At the same time, a GMC SUV being operated by George Cobas, 62 of Vero Beach, was stopped at the traffic light facing north. Boswer’s vehicle entered the intersection, crossed into the opposite lane of travel, and made contact with the front of Cobas’ vehicle.

Bowser’s vehicle stopped at which time his passenger, Matthew Beckner, 45 of Lake Worth, exited the vehicle in an effort to direct Bowser to a safe location to move his vehicle.

Bowser’s vehicle then began to travel east, striking Beckner, a utility pole and a sign. The vehicle then proceeded to travel north across the eastbound lanes of Sebastian Blvd (CR-512), through the median and striking a white Jeep SUV traveling west on Sebastian Blvd being occupied by the driver Michael (69) and passenger Donna Sreckovich, of Vero Beach.

“Beckner and the Sreckovich’s were transported to the local hospital for minor injuries and later released. Boswer was transported to Holmes Regional Medical Center and is expected to be released within the next few days,” Lt. Wood told Sebastian Daily.

Sebastian Police Traffic Crash Investigators are continuing with the investigation of the crash.

Halloween Weekend Events and Live Entertainment, Things To Do