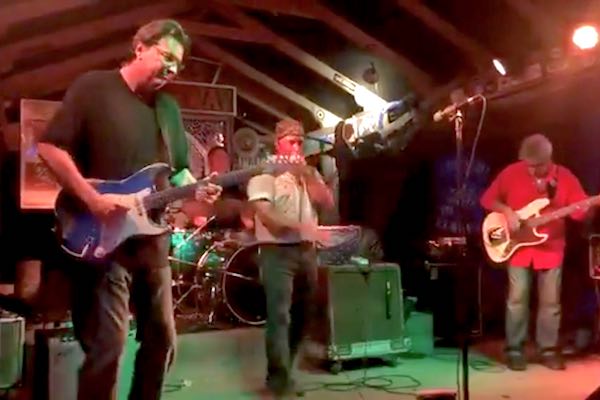 A lot of people in Sebastian enjoy watching Natty Bos when they take the stage at Earl’s Hideaway Lounge.

Natty Bos is a genuine blues band playing at multiple venues throughout the east coast of Florida.

The vocals and harmonica are played by Clay Goldstein who grew up in Baltimore, Maryland and lived in various places such as Los Angeles, California; Lawrence, Kansas; Springfield, Missouri; and now South Florida.

Bassist and vocals are played by Dennis Freireich, a Yankee fan from Queens, New York. Dennis is a veteran of some of Palm Beach County’s most loved bands including The Marshal Brothers Band and Danny Moon’s Roadhouse and is part of the Pink Floyd Tribute band.

Drums and vocals are played by Rich Conklin, the newest member of the band. Rich is one of the most sought after drummers in the area and is also the band’s sound engineer.

Natty Bos plays at Earl’s every few months, so keep a look out on when they come back. If you enjoy the blues, you’ll love this band.