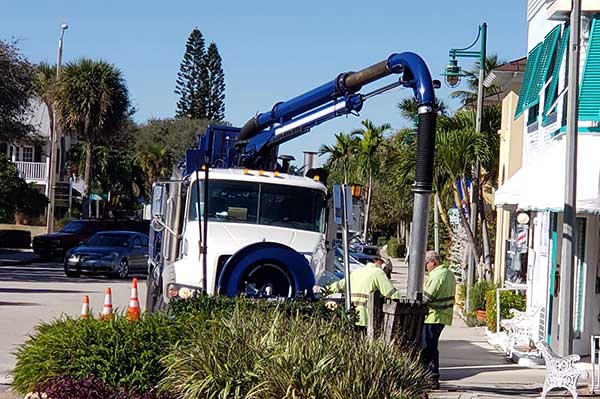 Last week, we reported that residents and business owners in Vero Beach were asking Grind & Grape to clean up the confetti they left in the streets from their New Year’s Eve party.

On Monday, a crew from the City of Vero Beach came out and had to unclog the storm drains near Grind & Grape.

“The city has come out four times already today sucking the storm drain on the corner. Each time it has been confetti,” a local business owner told Sebastian Daily.

Several people complained to the establishment on their Facebook page about the confetti, but so far they have not replied.

A patron reported that they shot off the confetti and filled the establishment and public street on January 1st.

“Be responsible and clean the mess up properly,” Susan McGuigan said.

Downtown Crossing – A Taste of New England in Sebastian

Downtown Crossing - A Taste of New England in Sebastian