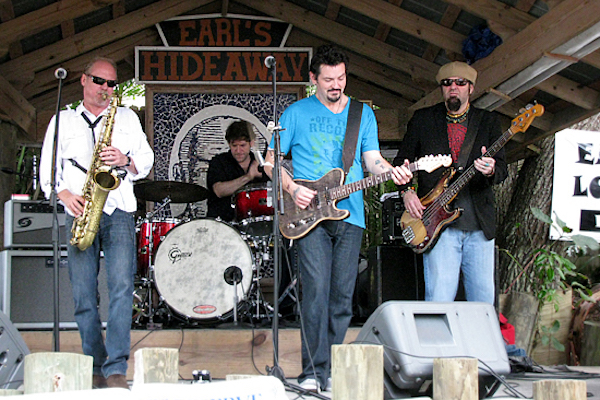 SEBASTIAN – Following Hurricane Irma, Earl’s Hideaway Lounge has reopened and is sending supplies people dropped off at its drop off location for victims of Hurricane Harvey in Houston, Texas.

Supplies already collected before Irma were stored in a storage unit until the storm passed. Those supplies are now ready to be sent to Houston.

Last week, prior to Hurricane Irma, Mike Zito performed at Earl’s Hideaway to help out 25 musicians who are out of work in the Houston area after Hurricane Harvey.

“Mike Zito met his goal of 15,000 while here last Sunday and was able to help out 25 musicians who are now out of work down there,” Franni Southern of Earl’s Hideaway told Sebastian Daily.

Southern says that Zito’s bandmates are also volunteering their time to help hurricane victims in Houston.

There were collection boxes for Hurricane Harvey Relief on the stage at Earl’s Hideaway Lounge at 1405 Indian River Drive in Sebastian for anyone wanting to donate.