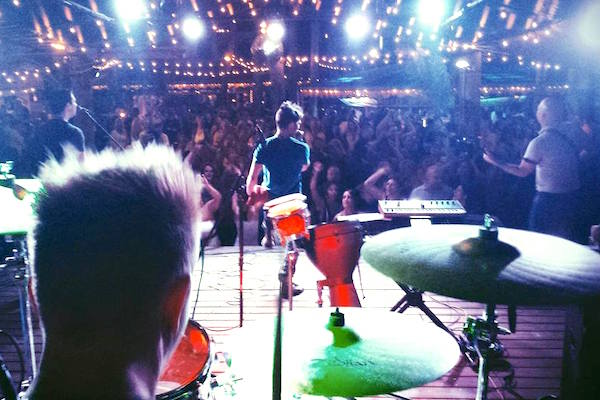 SEBASTIAN – When I first heard about the band Orange Avenue, I only knew they were visiting Captain Hiram’s Resort in Sebastian.

From Daytona, this band sounds exactly like Maroon 5, but I learned after hearing more of their songs that their talent allows them to sound like other professional artists as well.

Orange Avenue has a huge following from all over the state, and their fans aren’t shy about it either. Some fans travel and follow the band from city to city. They are well known in Orlando and Daytona.

They perform rap, classic rock, adult contemporary, modern hits, and it’s not difficult for them to cover any genre as long as it’s music.

There’s one set that is all classics and it’s contineous from Nirvana hits to AC/DC and Aerosmith. They usually do this set later in the night. If that doesn’t get you on the dance floor, nothing will.

The last time they were at the Captain Hiram’s Sandbar, I wanted to interview them during one of their breaks. But I stepped back because when this band isn’t on the stage, they are walking around and meeting their fans.

The band is a class act.

Orange Avenue will perform at the Captain Hiram’s Resort at the Sandbar on Friday and Saturday from 7:30 p.m. to 12:30 a.m.

Sebastian Free Concert in The Park with The Ladies of Soul

Sebastian Free Concert in The Park with The Ladies of Soul