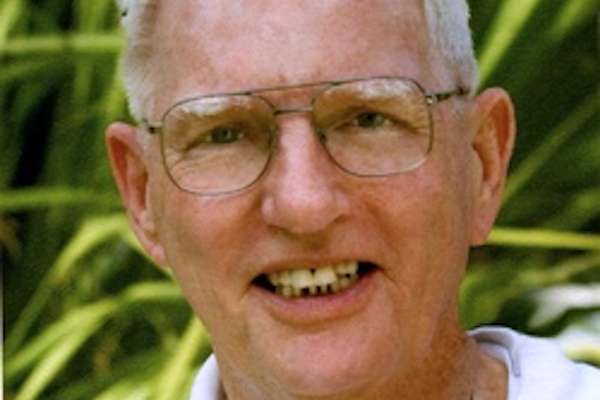 VERO BEACH – Robert A. Bauer was born on December 31, 1929 in Chicago, Illinois and had been a resident of Vero Beach since 1980, moving here from Lakeville, Massachusetts.

After graduating from high school, he enlisted in the United States Air Force. He served in every enlisted grade, Private through Master Sergeant, and then attended Officer Candidate School. He was commissioned a Second Lieutenant, Medical Service Corps and retired in September 1969 as a Major, Medical Service Corps, United States Air Force with over 21 years of active military service.

During the Korean conflict, he was assigned as First Sergeant/Sergeant Major of the 6351st Medical Squadron, Naha Air Base, Okinawa. During the Vietnam war, he was a Captain and served as Executive Officer to the Surgeon, Second Air Division, and Executive Officer of the 33d USAF Dispensary, Tan Son Nhut Air Base, Saigon.

His wife, Evelyn predeceased him on April 2, 2013. He is survived by his life partner, Mary Ann Roussin whose devoted, exceptional and dedicated care helped carry him through his last days. His children and their spouses, Michael and Jeanne Bauer, Susan O’Toole-Evans and Chuck Evans, Steve Bauer and Annemarie Glanzmann, Janet and Gary Bissonnette; three brothers, Dan, John and Jim Bauer and many, many grandchildren, great-grandchildren, nieces and nephews.