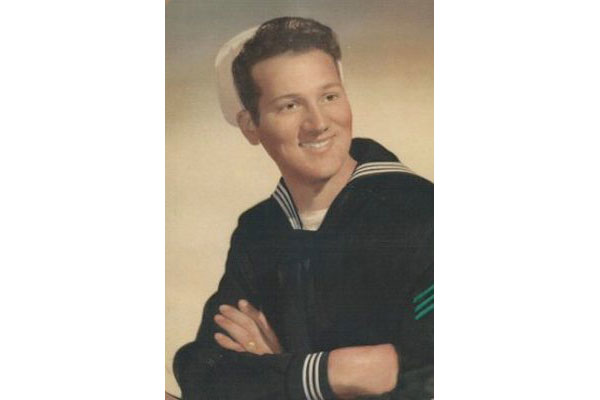 After meeting his wife Marian, they moved to Fair Haven, New Jersey where they had their only son Steven. Jim spent his young adulthood as a Navyman. He was a Naval Air fighter during the conflict in Korea. He was based at the Naval Air Station in Jacksonville, Florida. During his time he served aboard several air carriers in the Sixth Fleet.

After his service he moved back to New Jersey where he graduated Fairleigh Dickinson University with a Bachelors in Business Administration. He then began his career with Kinney Shoe Corporation as a field auditor. Jim always maintained an affinity towards aviation, frequenting air shows on weekends.

Jim and Marian moved to Vero Beach, near the airport, in 1992. In Vero, Jim and Marian enjoyed the Florida lifestyle. He even reluctantly enjoyed a Miami Dolphins football game once in awhile. Jim kept flying into his later years, trading in the cockpit for a flight simulator, but you couldn’t tell based on the joy it brought him.

James is predeceased by his wife of 49 years, Marian and his son Steven. He is survived by his two grandchildren, Kristen and Kyle of New Jersey.

A Celebration of Life Service will be held on Friday, November 16, 2018 between the hours of 10am and 12 noon at Strunk Funeral Home, 916 17th Street Vero Beach.

In lieu of flowers, Jim requests donations be made to the Hospice of Vero Beach.