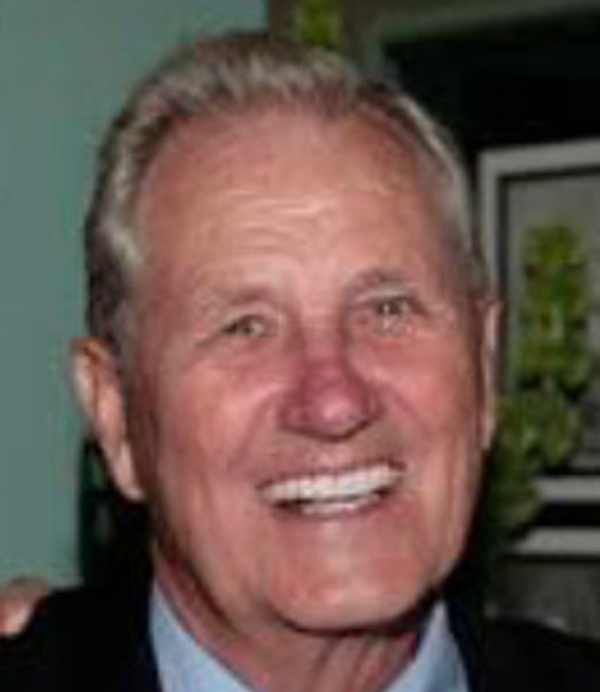 Lynn F. Smith Sr. was born on December 2nd, 1933 in Suttons Bay, MI. Lynn was the son of Alfred and Edna (McGovern) Smith. He grew up in a full house with four brothers and two sisters.

Lynn served in the military and was both an educator and coach for many years, and a lifelong sports enthusiast. He played college basketball at Central Michigan University. He played minor league baseball with both the Chicago Cubs and Detroit Tigers. He was a teacher in the Cadillac Area Public Schools for 36 years (Teacher of the Year recipient) and coached boys basketball at Cadillac Middle School for 33 years. Lynn also coached various levels of basketball, wrestling, track, and football. He was known as a tough, but lovable mentor.

He led a long, fulfilling life. He loved his children, grandchildren, and great-grandchildren very much, and they were each a huge part of his life. He was a dad, grandpa, great-grandpa, brother, cousin, uncle, friend, coach, teacher, and confidante to many. Lynn is survived by his children: Lynn, Jr. (Janet), Cheri (Ted), Mark, Rick (Derick). Jim (Kendra) , Duane (Jackie), his grandchildren: Hunter, Taylor, Kaylei, Kyle, Donielle, Brett, Markku, Tyler, Travis, Tanner, Kai & Mya, and four great grandchildren: Bella, Khloee, Zhoee, and Maverick. Lynn was also survived by his special friend, Sandra Smith, his brother, Harley Smith, his sister, Janet Morrison, many nieces/nephews, and many, many friends throughout Florida and Michigan.

As a “Snowbird”, Lynn was residing in Suttons Bay, MI during the summer months and Barefoot Bay, FL during the winter. Even after an automobile accident left Lynn confined to a motorized scooter, his love of life and upbeat spirit never wavered. In recent years, Lynn spent most of his days cruising the streets of his communities on his motorized chair chatting with friends and strangers alike. His perfect day would be spending time with his family and friends, exploring his community on his chair, stopping at any garage sale he came across, watching a sports game, and wrapping up the day by sipping on a root beer float.

Lynn passed away due to Covid-19 and other complications on the evening of Monday, February 8th in Rockledge, Florida, surrounded by many of his children. Lynn’s body was cremated and the family will be holding a Memorial in his honor at a later date in the summer of 2021 to celebrate his life. Bringing the cliche to life, Lynn was loved by all who met him.

Cooler temps and rain this weekend

Cooler temps and rain this weekend