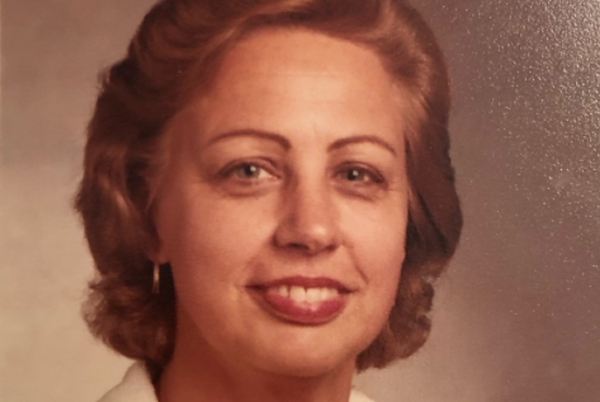 Irene Myrick, age 91, passed away peacefully in her sleep at a nursing facility in Vero Beach, Florida on July 24, 2021, after a long battle with dementia. Irene was the daughter of Ed and Margaret Teal from Averill Park, NY.  She was baptized at the Zion’s United Church of Christ of Taborton and was a graduate of Averill Park High School.

Irene was formally married to John Trifiletti and they had two sons, Kim and Roy.

In the early 1960s, after moving to Florida, she became employed by the Miami-Dade County Public Schools System, where she eventually became an administrative assistant to her fondly remembered friend, Joe Tekerman, of the Southridge Sr. High School and later working in the Regional Office.  She retired in the 1990s leaving behind many cherished friends.

In the 1980s Irene married Jim Bronson and became a member of the beloved Bronson family. They both enjoyed volunteering at the Elks Lodge in Miami.  After retirement, Irene and Jim moved to Sebastian, FL and she became a volunteer as an EL DOE of the Sebastian Elks Lodge.

After Jim passed away, Irene later married George Myrick.  Irene enjoyed volunteering at a variety of charitable organizations but especially loved volunteering at the Elks Lodge where she cherished the friendships she had made during her volunteering.

Memorial services will be held at a future date. In lieu of flowers, please send donations to the Cure Alzheimer’s Fund.