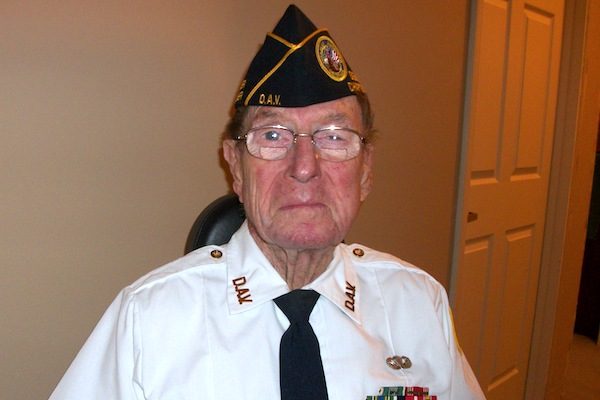 MICCO – David Easton died on July 26, 2018 at the Community Hospice House in Merrimack, NH after a period of failing health.

David was born on March 2, 1930 in Newark, NJ, to Jeanie Stevenson Barnes and David McAllister. He served his country in the United States Army beginning on September 22, 1947 and retiring on October 1, 1969 at the rank of Sergeant Major (E9).

David married Alice Arlene Tardiff on April 14, 1952 and together they raised four children. Through his military service, David was stationed throughout the world; where the children were born in various places: Debra Lee in Frankfort, Germany; Brenda Jean in Ft. Belvoir, Virginia; Daniel David in Paris, France and Douglas Craig in Fort Bragg, North Carolina. These relocations afforded their children many cultural experiences.

David is predeceased by his wife, after 64 years of marriage, as Alice passed away on September 14, 2016.

David’s military service was very important to him. Upon his retirement to Barefoot Bay, Florida, he made it his mission to assist veterans with acquiring their entitled benefits and opening a small office there where any veteran could come to him for assistance.

Also, one of his goals was to line the street entering Barefoot Bay with a flag from each state, which he did accomplish.

David also worked for the Federal Aviation Administration, New England Region from 1976 through 1990.

David was an avid golfer and enjoyed playing often upon his retirement to Florida. His sons started a family tournament, the “McAllister Cup” in his honor.

David was a member of the American Legion Post 366 and Veterans of Foreign War Post 4425 both in Barefoot Bay, FL; Service Officer of Florida All-Airborne Association and Founder of Disabled American Veterans Chapter 155, Sebastian River Area. He was also a member of the Barefoot Bay Golf and Country Club.