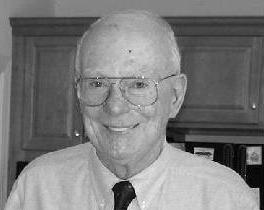 Following elementary school at St. Bernadette’s in Silver Spring, Dave entered Archbishop Carroll High School’s inaugural class, graduating in 1955. He excelled at baseball and football and as a result, was inducted into the school’s Hall of Fame. He attended both Georgetown University and Law School on an academic scholarship, achieving a BSS degree in history followed by a degree in law.

In 1962, Dave was hired by the FBI. He completed the Bureau’s language program and served in Albany, N.Y., El Paso, Texas, and San Juan, Puerto Rico. In 1968, Dave was assigned to the Miami Field Office and eventually designated Senior Resident Agent in the Ft. Pierce area.

While his focus from 1968 to 1994 was the Treasure Coast, he continued to serve on the Miami Field Office SWAT Team and was a firearms instructor to local law enforcement.

Dave worked several high-profile cases during this time, the most satisfying involved rescue of the kidnapped 4-year-old son of a prominent physician. Another notable case involved the recovery of valuable coins and a platinum disc from the 1517 Spanish Plate Fleet shipwreck, stolen from the McLarty Treasure Museum.

The solution to the John’s Island jewel heist was just one of many examples of the coordination effort Dave worked tirelessly to achieve with other law enforcement agencies.

He forged close professional and personal relationships with many of those colleagues that remain to this day.

After his retirement from the FBI, Dave continued to use his investigative talents with the Florida Bar Association from 1995 until 2016.

Dave had a life-long love of history and genealogy and enjoyed traveling. His favorite adventures included climbing Mt. Hood and riding the rapids on the Snake and Des Chutes Rivers. He also enjoyed spending time with family and friends.

Dave will be remembered for his kindness, loyalty, and determination, but most of all for his deep devotion to his family.

Dave is survived by Joyce, his beloved wife of 32 years; and his children, Aileen (Kevin) Early, of Williamsburg, Va., Patricia (Robert) Burke, of Annapolis, Md., and Christa (Fernando) Santos, of Orlando; his grandchildren, Anneka and Katrina Early, Abigail, Brendan, and Caroline Burke, and Amelia and Joshua Santos; and his brothers Joseph, Dennis, and Robert, and extended family.

Memorial contributions may be made to the Former Agents of the FBI Foundation, 3717 Fetter Park Drive, Dumfries, VA 22025 or www.socxfbi.org; The Visiting Nurse Association and Hospice Foundation, 1110 35th Lane, Vero Beach, FL 32960; or We Care Foundation of Indian River, P O Box 573, Vero Beach 32961, or www.wecareofirc.org in memory of David C. Callan.