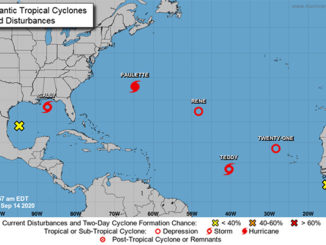 The 2020 Atlantic Hurricane Season has been a busy one; so far, there has been one hurricane, two tropical storms, two tropical depressions, and two tropical waves all going on simultaneously. The good news for […] 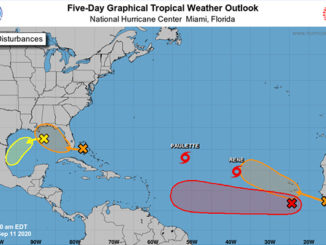 Welcome to the peak of the 2020 Atlantic Hurricane Season! Tropical storms Paulette and Rene are out there, plus four other disturbances from the Gulf of Mexico to the Atlantic. The first disturbance will cross […] 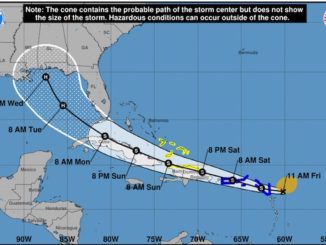 Tropical Storm Laura formed this morning in the Atlantic and is expected to strengthen to a category one hurricane by Tuesday as it moves across South Florida and enters the Gulf of Mexico. In Sebastian, […] 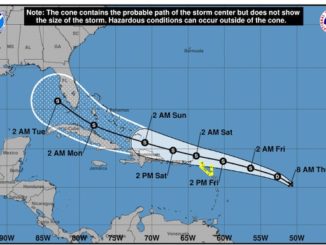 Tropical Depression Thirteen has formed in the Atlantic and tracking towards Florida. Forecasters say it will develop into a tropical storm as it moves past Florida. The projected path has shifted to the south since […] 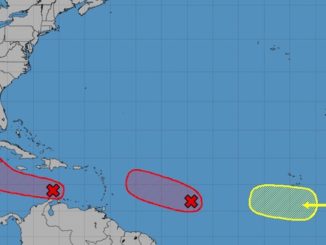 We’re still almost two weeks away from the peak of the 2020 Atlantic Hurricane Season, and the tropics are heating up. The tropical disturbances are several days away from Sebastian, Florida. One tropical wave is […] 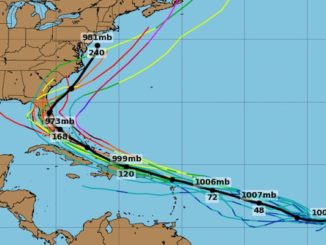 There are two tropical waves in the Atlantic, although one is moving west-northwestward at 15 to 20 mph. While one of the disturbances is showing a tracking towards Florida, anything can happen from now until […] 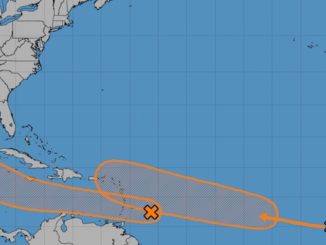 It is that time of year, and we’ll reach the 2020 Atlantic peak season in about two weeks from now. Forecasters are monitoring two tropical waves in the Atlantic, which will make their way through […] 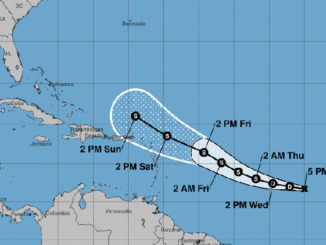 Tropical Depression 11 has formed in the Atlantic, according to the National Hurricane Center (NHC). The system is expected to be a Tropical Storm by Wednesday. As Sebastian Daily reported earlier today, a tropical depression […] 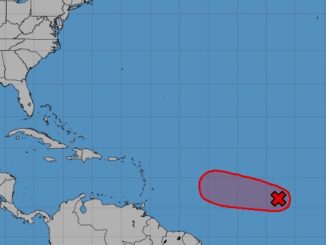 The National Hurricane Center (NHC) says a tropical depression is expected to form today in the Atlantic. “Environmental conditions are expected to become more conducive for additional development, and advisories could be initiated on a […] 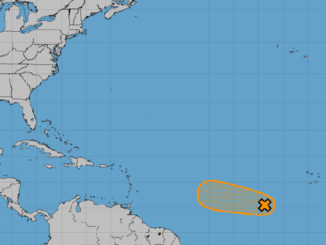 There’s a tropical disturbance moving towards the Caribbean, but forecasters say it will turn northward before moving out to sea. Sebastian Daily is still keeping an eye on the storm as a precaution because of […]