Letters to the Editor: Barefoot Bay & Freedom of Speech 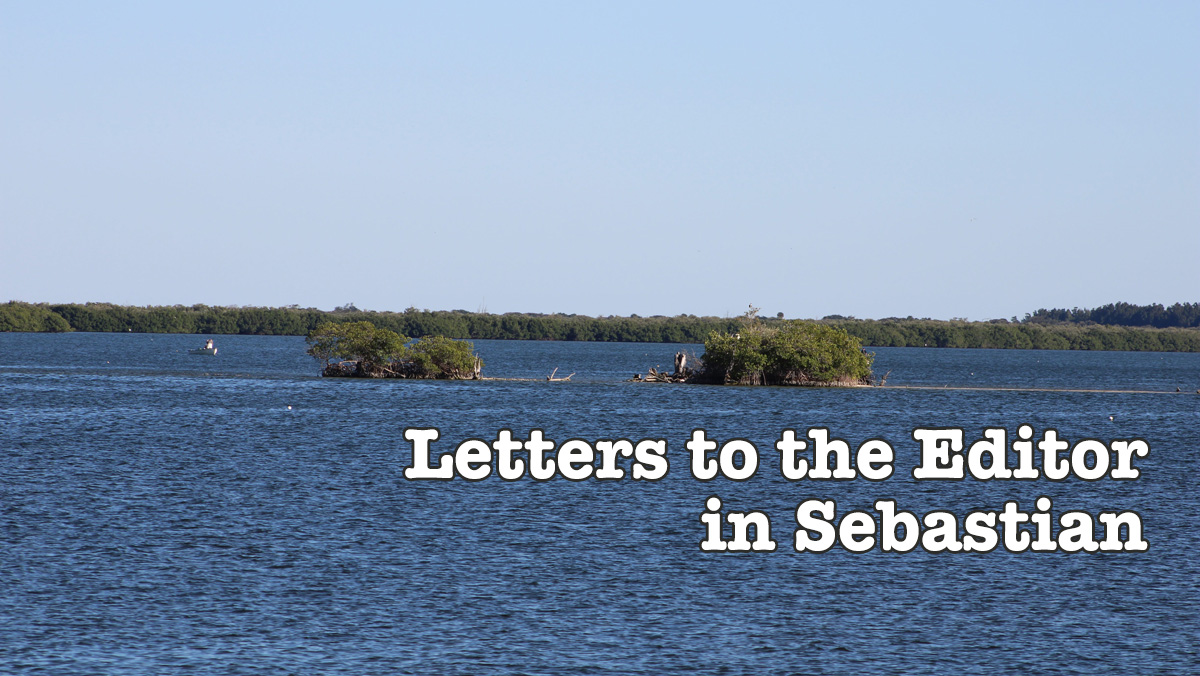 I can’t believe that band was canceled! Who made that person the decision-maker for Barefoot Bay? Who gave her the right to start “Cancel Culture” and take away free speech in the Bay? Talk about RECALL!

But the worst part is that now cancel culture is spreading and making people in all jobs, big and small, feel they have the right to shut off free speech! SHAME on her for following Google and Twitter etc. and taking the liberty to cancel our liberty that is guaranteed by our Constitution!

I hope enough real Americans stand up and let people like her and others know that our Liberties are NOT going to be given up, We The People WILL stand up and defend our God Given Rights! STOP Cancel Culture and support all who stand up and do the same.

We are losing our Freedom of Speech in America, and the government and big tech will control what we hear and see. We are becoming like most communist countries with propaganda as our news is controlled by politics.

Barefoot Bay exercised their right to cancel an event but for the wrong reason. It is wrong for one or two persons to make the ruling based on their own personal political beliefs.

“I may not agree with what you say, but I will fight to the death your right to say it.”

I AM on the opposite side of the fence from the musician, but I would never want to live in a place where someone made decisions for me.

AND, I will take my out of town company, future residents and home owners of Indian River County and Brevard County, to places where ownership feels as I feel.

Your opinion has every right to be expressed.

I can guarantee you. That if the picture would have been President Trump instead of President Biden there would never have been an issue.

It is time for those in Barefoot Bay to take a stand for free speech.  If management continues to violate free speech, then a change in management is in order.

The owners of private businesses have much wider latitude in who they wish to hire for gigs. No one else is paying the group.

At Barefoot Bay, many folks are paying the group, and their widely varying political views should be respected by the Barefoot Bay management group, which are their employees.

If a year ago, a performer had Facebooked that “Trump was not his/her President” and Barefoot Bay had canceled the gig, would the same folks still be protesting?

This is without a doubt a violation of Freedom of Speech, guaranteed to every citizen (and illegal aliens) in the United States Constitution.

There is no freedom on private platforms or venues such as Facebook or the Twitterverse, but that is not the situation here.

Freedom Of Speech is guaranteed in the Constitution and refers to that freedom in relation to governmental interaction. The Barefoot Bay body which took this action is a local quasi Governmental body and is bound by this freedom.

It is Cancel Culture to do this. They should be taken to court and the citizenry will pay a heavy price for unconstitutional judgements taken by their representatives!

If I was in a position to hire bands they would move to the top of my list.

Too many people are watching the wrong TV news and believing what they say.  This country is going to turn into China, Russia, Cuba or Venezuela. Then your going to be sorry.

Out First Amendment will be taken away soon… I hope you are happy with your choice for President.

Yes you are entitled to free speech, but the management has a right to make the decision to cancel your performance at their venue. Period.

You don’t have to like it, but that’s the way it is.

It Serves The Band Right

When you’re in the public eye, keep your slate clean. Your religious and political views are just that, your personal opinion.

Under the First Amendment, you do have Freedom of Speech, however be prepared for the fallout.

Joe Biden is your president just like everyone before him was as well.

Freedom Is No Longer Free

I am a Barefoot Bay resident.  I absolutely DO NOT AGREE with the stance our BBRD took.

Freedom is no longer free.  Seems there is a price to pay when you don’t agree with the MSM.

And funny, but I seem to remember 4 years ago thousands of people screaming ‘NOT MY PRESIDENT’ after Trump was elected.  Stars such as Whoopi Goldberg, Ellen Degeneres, Cher, Springsteen and so many more.  Some said they would leave the country.  Alas, they are still here.  Did they lose their jobs for their political views?  Nope.

And no, I am not a Trump fan.  However, I am not a Hillary fan either.  As a government contractor for many years, if I did what she did, I would be banned from ever working for the government again and I would still be in jail facing ‘x’ number of felony charges (where ‘x’ is the number of emails sent from her private email).  But then again, there are rules for them, and there are rules for us.  Anyone with a modicum of intelligence knows that.

Back in the early 80’s, I worked with a man from Communist Russia.  I was very curious and always asking him questions about the quality of their life.  The one thing that stands out in my mind is his telling me that if you openly spoke out against the government, you would disappear overnight and never be seen again.  Another is when he told me of his first visit to a grocery store here in the US.  He said he was in the cereal aisle and was overwhelmed by the number of selections for cereal.  In Russia, there was only one.  He was absolutely amazed at what our choices were.  Stupid thing to remember…

I wish to remain anonymous.  I fear the backlash that may come, because that is what our country has become.

Barefoot Bay made a big mistake! What happened to Freedom of Speech?

Kenneth Williams is a fine and honest gentleman! We have been following him for many years and had never brought politics into his work. He is very talented and patriotic. He deserves an apology!!

We will continue to support him wherever he plays.

Blatant Violation of the First Amendment

It’s a blatant violation of the First Amendment. If we punish everyone who voices their political opinion, then there will be a lot of people in trouble.

Barefoot Bay allowed people to display political signs in their private yards, of which there are quite a few still up. Shouldn’t these people be punished also?

Shame On You Barefoot Bay!

I think it’s terrible that you would cancel a band over a man’s Facebook. I have never heard of them before, but apparently, they are talented and you’re taking their bread and butter away from these people’s families.

Like the gentleman said, he doesn’t speak politics while working, and anyone with any brains would not vote for a President who has no brains either and has Dementia.

How can you sleep at night knowing how this economy is?

This could be their only job, and you and your political issues are totally ridiculous!!!!

Well, I hope you never have to worry about how you’re going to make your mortgage or feed your family.

I think Barefoot Bay is wrong, but it is their choice. I believe other bands should boycott playing in Barefoot Bay as it could happen to them as well.

It is my observation that it was just fine for people to post and say “not my President” when Donald Trump was elected in 2016.  Now that the shoe is on the other foot, it is absolutely awful that a conservative say it referring to Joe Biden.

If the people who condemn these comments do not like the “divisive” tone of such comments, why aren’t they demanding our new president’s agenda do more to unite us instead of making the gap bigger?

I just received this article and was deeply disturbed that we have become a country that has vilified and are punishing free speech. What this band member did was give his opinion, that’s it, and their show was canceled.

How many people stood up and announced Trump wasn’t their President? There was never any fallout for them so I’m pretty sure that this country has turned a dark and dangerous corner and by electing Biden we are on a course for disaster as far as the republic that I grew up in.

We aren’t allowed to give our views and opinions any longer without serious consequences. When did this happen? Isn’t all Americans concerned over this? You may not agree with me but I should be allowed to express myself.

This is a scary time for America and people need to wake up and realize this isn’t a good thing for any of us.

As far as Barefoot Bay that canceled this group, I say the hell with you and hopefully the people that frequent your bar follows the band and puts you out of business.

You’re ridiculous in your thinking.

I live in Barefoot Bay and this is a violation of free speech. What someone does on their personal page makes no difference to me.