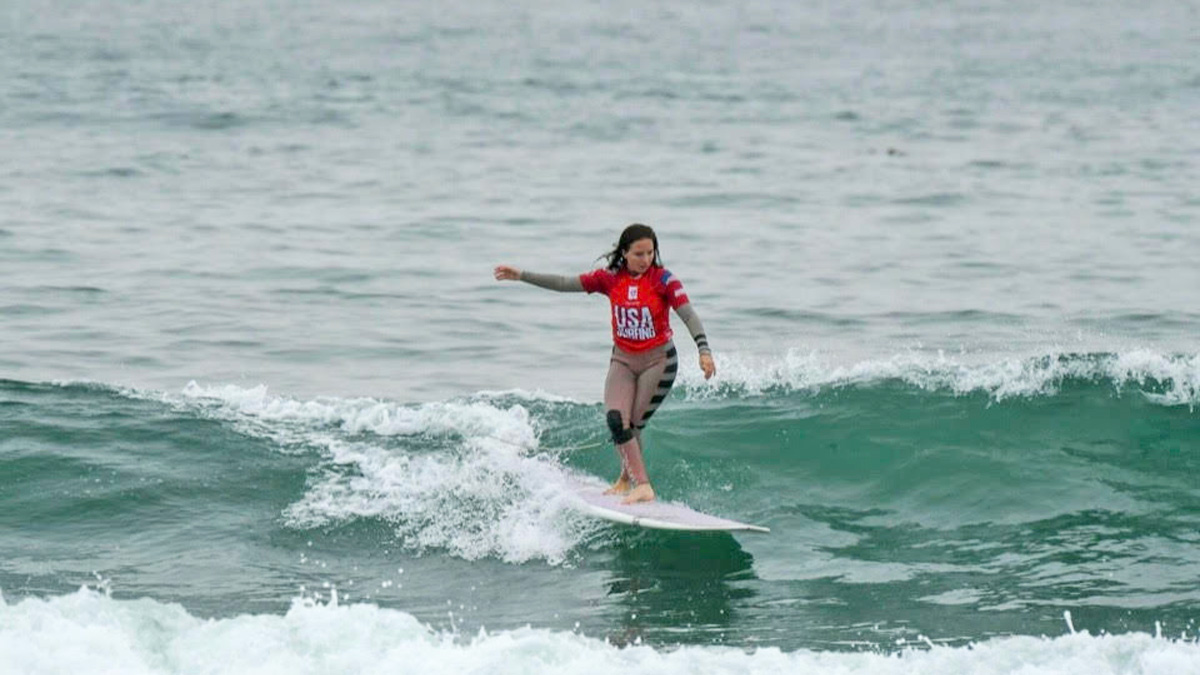 Fiona Sargente, a 19-year-old surfing champion who’s been surfing since she was 10, has qualified for the International Surfing Association’s World Longboard Championship.

The Palm Bay resident has been number one for ESA, won multiple seasons in the NSSA, won fourth in the USA for Women’s Longboard, and recently claimed the top prize in the Women’s Longboard 18 to 39 division in this year’s USA Surfing Championships in southern California.

What’s remarkable is that Liona is now a qualifier for the International Surfing Association’s World Longboard Championship. She’s been competing in shortboard and longboard contests for the past six to seven years.

Fiona likes to surf at the Cocoa Beach Pier and the Sebastian Inlet. She trains regularly and competes throughout the year.

Sebastian Daily recently spoke with her mother, Dena Sargente, about her daughter.

“She’s a triplet to two boys, she has three older sisters, and she’s hoping to continue her Longboard career making the WSL women’s team or even getting to go to the Pan-Am Games,” Dena said.

Fiona’s twin brothers and older sister encouraged her to surf when she was younger. However, she prefers the longboard because of the smaller waves near Palm Bay and Sebastian.

Learning the sport of surfing is always challenging, but Fiona also enjoys sharing it. For example, she loves to teach younger kids how to surf. In addition, she’s always up for sharing her skills with beginners.

Fiona is a student at Eastern Florida State College and is currently pursuing a career in the medical field.

During one of her contests, she won a surfing trip to El Salvador, which she hopes to take later this year.