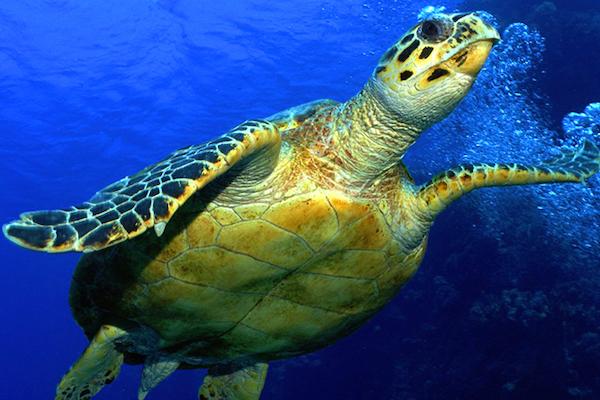 Researchers working in the Indian River Lagoon near the Sebastian Inlet have encountered one of the “rarest of all” sea turtles, known as the hawksbill turtle, and far away from where they are typically seen.

A group of interns with the University of Central Florida’s Marine Turtle Research Group were excited during their first day of netting as they briefly captured the hawksbill turtle near Indian River County.

Mansfield said the turtle was located about a mile south of the boat ramp at the Sebastian Inlet State Park.

“Hawksbills are the rarest of all sea turtles that nest in Florida,” Luciano Soares, one of the lead sea turtle biologists for the Florida Fish and Wildlife Conservation Commission said in a statement.

Soares said the majority of the hawksbills lay their nests in the Florida Keys.

The hawksbill sea turtle is protected as an Endangered species by the Federal Endangered Species Act. You can learn more about the hawkbill sea turtle by visiting Florida Fish and Wildlife Conservation Commission.