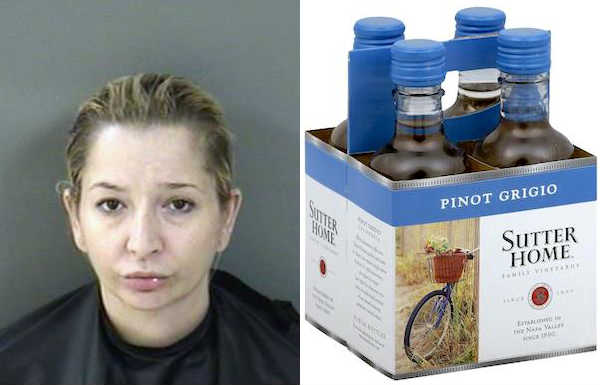 Vero Beach Target calls police after a woman tries to use her sock to steal wine.

VERO BEACH – A 39-year-old woman was arrested after placed four small bottles of wine in her sock before leaving the Vero Beach Target.

Lea Ann Crotta was seen entering the Vero Beach store last Friday and observed by a Target loss prevention officer as she made her way to the wine isle.

The officer remembered Crotta in past incidents and told the deputy that the store has a problem with her stealing merchandise.

Crotta selected a four pack of Sutter Home Pinot Grigio and proceeded to the sporting goods section of the store.

Once there, she removed the four small bottles and placed them into her left sock.

Crotta then walked out the front door of the Target store in Vero Beach where she was detained.

Crotta was arrested and transported to the Indian River County Jail where she was charged with Theft. He has since posted bail.