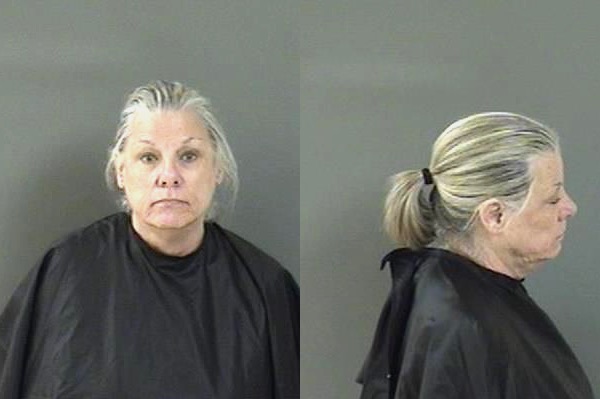 A retired Vero Beach woman said she got tired of waiting for a cashier at Dillard’s and walked out of the department store with the merchandise, according to the Indian River County Sheriff’s Office.

Mary Marcia Mayor, 67, was arrested last Thursday on a charge of Retail Theft at Dillard’s in Vero Beach after walking out with merchandise she didn’t purchase.

A loss prevention officer at Dillard’s was observing Mayor trying to conceal a Clinique bottle in her hand. The officer watched Mayor bypass all points of sales before trying to leave the store.

Dillard’s escorted Mayor back to an office where a security officer called the Indian River County Sheriff’s Office.

A deputy arrived and spoke with Mayor.

“She stated she was on her way home from the doctor’s office and she stopped at Dillard’s to get her Clinique facial cleanser. She added most of the time when she goes to Dillard’s, there is never any associates at the checkout desk in which she lost her patience and headed for the door,” the deputy said.

Mayor told the deputy she had the money available to pay for the item, but she did not want to wait in line.

However, the deputy had a suspicion that she was hiding more than a Clinique bottle. Mayor appeared to be hiding something in her purse. The deputy observed three T-shirts inside the of her purse, all totaling $123.91.

When asked where the shirts came from, Mayor stated they were from Dillard’s.

“When asked why she did not confess to everything she stole, she stated she was only talking about the Clinique bottle at the time,” the report said.

Mayor was arrested and transported to the Indian River County Jail.

Beaches Near Businesses and Private Homes Could Soon Ban Public

Beaches Near Businesses and Private Homes Could Soon Ban Public