Woman Sets Fire In Woods, Asks IRC Fire Rescue ‘Why Are You Here?’ 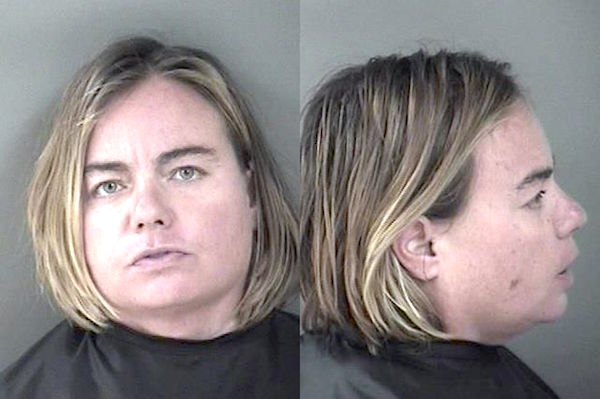 VERO BEACH – Deputies from the Indian River County Sheriff’s Office were dispatched to the 700 block of U.S. Highway 1 Wednesday to assist several firemen.

A woman, identified as Crystal Siegler, 41, was in the woods burning a fire and refused to put it out when asked by the Indian River Fire Rescue, according to the report.

Siegler asked the firemen to leave her “the fu** alone” and kept asking why they were still at the location. The IRC firemen explained that she was breaking several burning regulations.

She was told that a fire must not produce smoke, and she cannot burn one within 25 feet from a forest, woodlands, or combustible material.

However, Siegler told them “All of you need to leave, this is my house.”

When IRC Sheriff deputies arrived, Siegler was still yelling for the firemen to leave her alone and stating that the “fire is out. Why the f**ks are you back here?”

As the fire department put out the fire, Siegler told them that “the only reason we were there was to rape her,” according to the report.

Siegler was booked for resisting arrest without violence.

Once at the jail, Seigler bit an officer on the arm and was charged with felony battery on a law enforcement officer.