Woman Arrested for Child Endangerment After Rolling Car on I-95 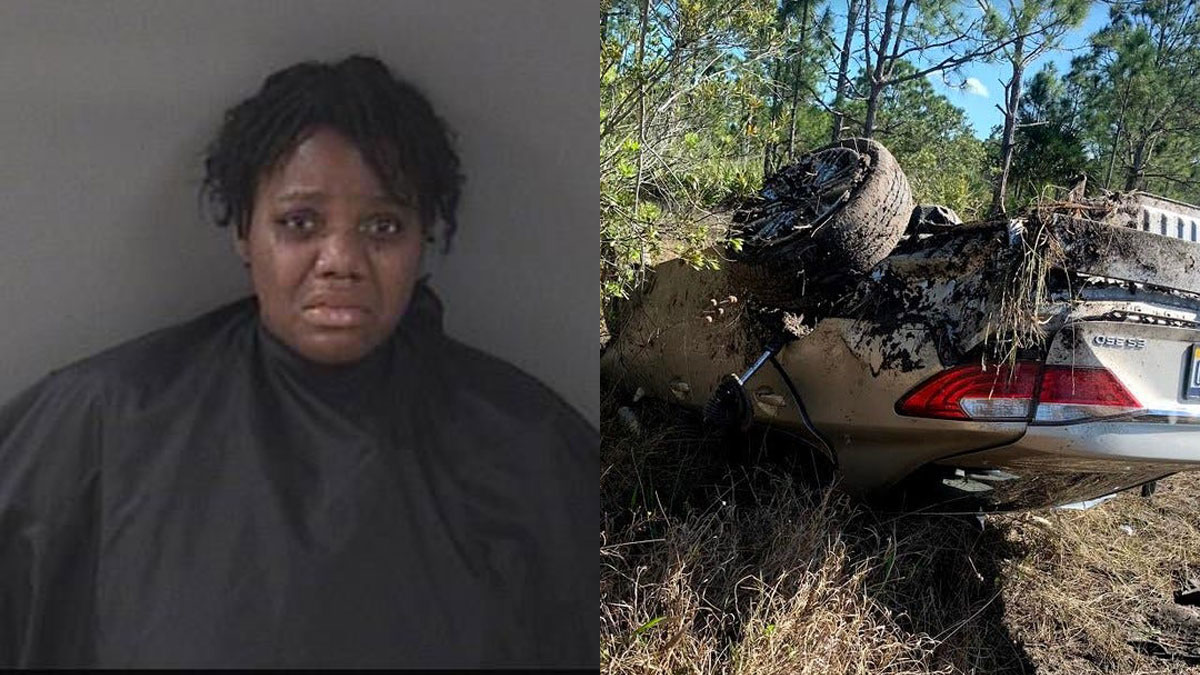 A Pennsylvania woman was arrested on a charge of Felony Child Endangerment after traveling at speeds of 120 miles per hour before crashing her car on I-95 near the Fellsmere/Sebastian exit, according to the Indian River County Sheriff’s Office.

On Wednesday at approximately 2:15 p.m., deputies were dispatched to the crash, where they made contact with an off-duty police officer who was a witness to the accident.

The witness observed the vehicle traveling at a high rate of speed before driving off the roadway, through a fence, and rolling several times. He went to help the driver and her child, but she was belligerent, according to the affidavit.

Deputies and an officer with the Fellsmere Police Department made contact with the driver, identified as 21-year-old Marcia Alexis Graham, of Pennsylvania. Graham was bleeding from her head and was screaming at law enforcement, the report said.

Graham also declined EMS and would not allow paramedics to check the well-being of her child.

“I didn’t call you here; you can leave,” Graham allegedly told the paramedics.

When a deputy walked up to observe the over-turned vehicle, Graham pushed him aside. Deputies pleaded with Graham to allow EMS to check on the child, but she refused.

“Throughout the investigation, multiple witnesses of the crash stated the vehicle was traveling approximately 100-120 miles per hour before it crashed into the fence. All of the witness testimonies were the same, leading to the conclusion that her actions were without regard for the public safety but more importantly, the safety of her child,” a deputy said.

The witnesses said Graham was passing multiple vehicles from the shoulder of I-95 at speeds over 100 mph. Graham was also seen weaving in and out of traffic before the vehicle crashed, the affidavit said.

Graham’s child was in a child’s seat with only the adult seatbelt. Deputies said the child’s seat was not properly installed. EMS decided to transport the child to St. Mary’s Medical Center for evaluation.

Law enforcement said alcohol was not a factor in the crash, but one of the witnesses said Graham’s pupils were dilated.

There is no new information on how the child is doing. Deputies said the child was talking.

The Florida Highway Patrol told Sebastian Daily the crash is still under investigation.

Graham was charged with Felony Child Endangerment, Resisting Arrest, and Reckless Driving. She is currently being held at the Indian River County Jail without bond.