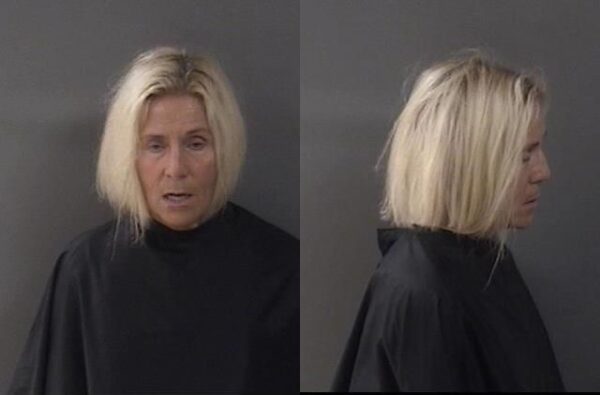 A woman wearing a purple jogging suit is accused of urinating and defecating at the front of Sebastian River Middle School, records show.

A witness told deputies that the woman, driving a Honda with a Massachusetts tag, was acting suspiciously before leaving the scene in her vehicle.

As the witness provided her statement, the exact Honda vehicle drove through the school parking lot. The woman was identified as 56-year-old Kimberly Archibald.

“The female denied the allegations and mumbled to herself,” the deputy said. The Massachusetts license plate did not have any record.

While being questioned, Archibald told the deputy she was nervous and began to do “jumping jacks.” She would not reply to any questions about the incident and wanted him to leave her alone.

The deputy attempted to detain Archibald, but she pulled away and refused to comply. As a result, she was arrested and charged with Trespass on School Property, Resisting Arrest, and Giving a False Name While Detained.

Archibald was transported to the Indian River County Jail, where her bond was set at $3,000.