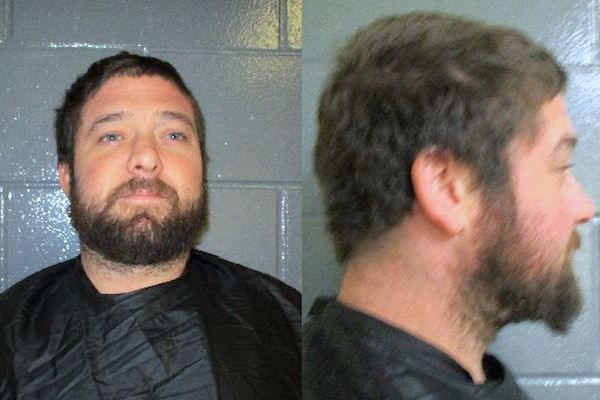 Ward Kenyon could face 40 years to life in prison if convicted on new charges.

If convicted, Ward Kenyon faces 40 years to life in prison.

According to Kenyon’s arrest affidavit, the charges were:

On October 9, an employee working at Earl’s Hideaway Lounge flagged down a Sebastian police officer after Kenyon entered the establishment, located at 1405 Indian River Drive in Sebastian.

Knowing Kenyon had an outstanding warrant related to a 2015 conviction for aggravated assault with a deadly weapon and battery, police entered Earl’s Hideaway to remove him from the establishment, according to Kenyon’s arrest warrant.

Kenyon, 28, resisted while being handcuffed by Officer Tegpreet “Preet” Singh, according to bar staff and the arrest report.

The warrant said that Singh observed Kenyon with a firearm from his front waistband. The officer then “described that the way Kenyon was holding the handgun he was ready to fire the weapon.”

The two men struggled over the handgun as they fell to the floor near a pool table. At that time, Officer Braeden Nevue drew his firearm and engaged Kenyon, Police Cmdr. John Blackledge told Sebastian Daily.

Nevue told investigators Kenyon’s finger was on the trigger and he heard a “click” as he pointed the firearm directly at the area of Singh’s upper body. Kenyon’s other hand was on the slide, police said. Since the slide was partially back, it prevented the gun from firing, according to the report.

During the struggle, Kenyon and Officer Singh were hit by gunfire, although officials have yet to release details on how many shots were fired and from whose weapon.

Two firearms were found in Kenyon’s possession, according to the warrant. One was a .45-caliber pistol reported stolen during a Brevard County burglary, and the other was a 9 mm with its serial numbers ground off.

According to Indian River County Crime Scene personnel, one spent .45 caliber casing was recovered at the scene, indicating that Kenyon fired his weapon. The officers’ weapons are 10 mm.

Kenyon admitted to investigators he was trying to dispose of his guns and one must have fired as it fell to the ground, according to the warrant.

The Florida Department of Law Enforcement is still investigating the officers’ actions at the request of the Sebastian Police Department. That report will be submitted to the State Attorney’s Office for review.

“Based on the information that I have at this time, which makes the entire event very clear, I am extremely confident that the actions of the officers at Earl’s were legal and proper,” Sebastian Police Chief Michelle Morris said.

“There is no excuse for a convicted felon on probation to be in a bar, armed with handguns and resisting the police. He endangered the lives of citizens, the police and himself,” Morris added.

According to Blackledge, nobody else at Earl’s Hideaway Lounge was hit by gunfire during the October 9th shooting.

Maj. Eric Flowers, a spokesman for the Sheriff’s Office, said Kenyon was still in the medical wing of the Indian River County Jail last week recovering from his gunshot wounds. Flowers said Kenyon is expected to remain in the wing for a while.