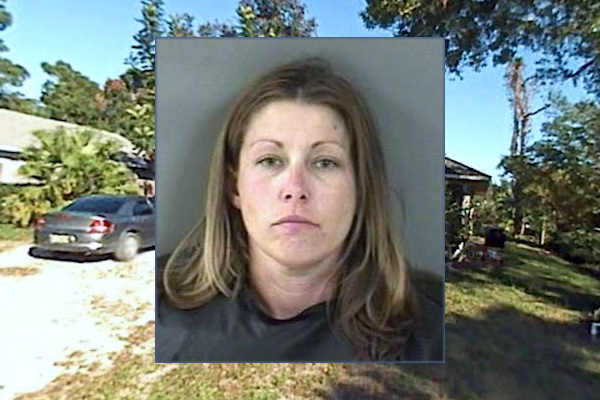 A Woman, who's been arrested 27 times, tells police to shoot her while running from a Vero Beach residence.

VERO BEACH – A 38-year-old woman, who’s been arrested 27 times in Vero Beach, told a deputy to shoot her while running away from law enforcement, according to the Indian River County Sheriff’s Office.

Melissa Marie Redman, who told deputies she works as a house cleaner in Vero Beach, was arrested Monday on charges of disorderly intoxication and resisting arrest.

The Indian River County Sheriff’s Office received a call about a disturbance at the 1300 block of 20th Court SW in Vero Beach where deputies made contact with Redman.

“Upon my arrival, I made contact with Melissa Redman who was very animated and speaking rapidly, based on my training and experience she appeared to be under the influence of an unknown narcotic substance,” the deputy said, according to the report.

Redman told deputies she had used Opiates earlier during the day.

She trespassed from the location and asked to leave the property. Redman then walked out to the roadway and stood in the street.

Five minutes later, she was seen yelling in the roadway in front of the location where she trespassed.

“Redman was yelling so loudly, that it caused people to exit their residences,” the report said.

A deputy informed Redman that she was under arrest at which time she ran on foot. She told the deputy, “you can’t arrest me.”

The deputy then states, “stop you’re under arrest.” However, Redman stated, “shoot me!”

After a short struggling, deputies placed Redman in handcuffs and transported her to the Indian River County jail without further incident.