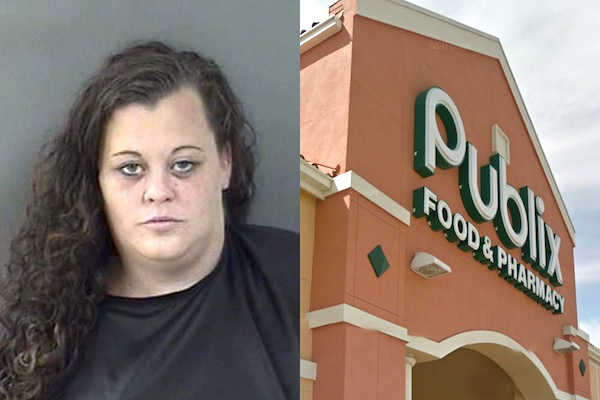 Woman went to the Publix in Vero Beach to buy a sub, but also decided to steal make-up because her friend needed it.

VERO BEACH – A woman was arrested at the Vero Beach Publix located at 1255 U.S. Highway 1 after stealing several cosmetics and make-up products.

Kathryn Moody, 26, told deputies with the Indian River County Sheriff’s Office that she went into the Publix in Vero Beach to get a sub sandwich, but decided to steal make-up and other items because her friend needed it, according to the report.

Moody, who told deputies she is unemployed, was observed by a loss prevention officer as she placed various health and beauty care items, including makeup, hair products, and deodorant, the report said.

“Moody proceeded to conceal all of the items she selected from the health and beauty care aisle into her purse,” the deputy said.

While another individual with Moody paid for their sub sandwiches, she exited the store and was quickly detained with the stolen merchandise.

“I only came to Publix for a sub, but, my friend needed make-up. I then walked to the makeup aisle and grabbed a few things and put them into my purse. I know I shouldn’t steal, but I didn’t have the money for it,” Moody told the deputy.

Moody was arrested at the Vero Beach Publix and transported to the Indian River County Jail where she was charged with Theft.

Yesterday, another woman stole make-up for her daughter at the Target.

Woman Kicks, Spits On Workers At McDonald's In Vero Beach