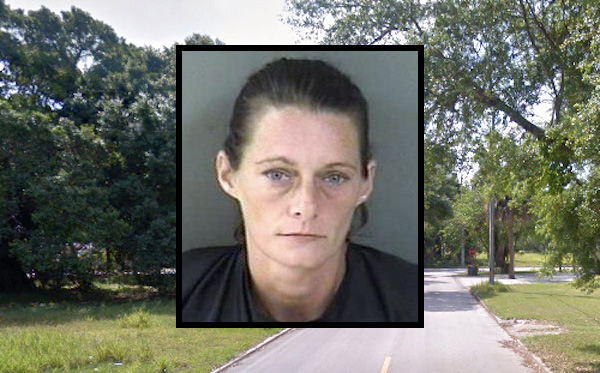 VERO BEACH – A 36-year-old Vero Beach woman was arrested for DUI after she rammed her husband’s truck into a tree to get him to leave the residence.

Bonnie Jean Holmes told officers with the Vero Beach Police Department that she went out and bought a four-pack after running out of beer. A little while later, she got into a verbal argument with her husband.

Holmes wanted her husband to leave, so she “got into their vehicle and intentionally drove it into a tree,” according to the report.

A witness told police that he was standing by his mailbox when he saw a gold Dodge Dakota “squeal its tires pulling out from the driveway” and then veer off the road to collide with a tree.

While speaking with Holmes, officers could smell the odor of an alcoholic beverage emitting as she spoke. “Her speech was slurred, her eyes were bloodshot, she was swaying while she spoke, and she had a fixed gaze when she spoke,” the report said.

At the Indian River County Jail, Holmes provided a BAC breath sample with results .211 and .208, which was more than 2 times the legal limit.