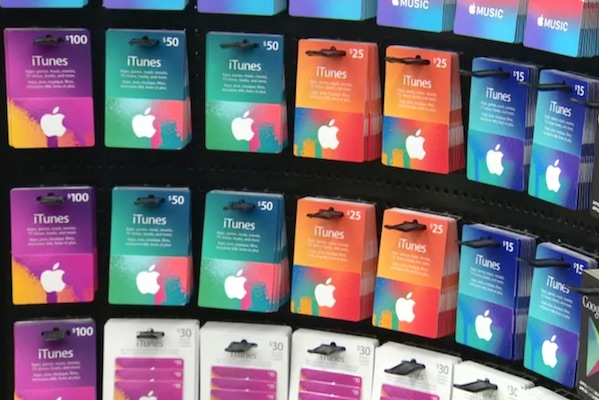 A woman was duped in the iTune gift card scam in Vero Beach, Florida.

VERO BEACH – Scammers duped a finance employee from U.S. Business Funding in Vero Beach after being asked by a company executive to buy iTunes gift cards, according to the Indian River County Sheriff’s Office.

The employee said she received a text message by the COO of her company, Peter Ribeiro, to purchase iTunes gift cards for a client.

“He stated he was in a conference call and could not speak on the phone. He said he needed her to immediately start purchasing iTunes gift cards for a client. He told her to purchase them in $100 amounts,” the deputy said.

During the text messages, the amounts changed as she struggled to get $100 cards. The back in forth text lasted for hours, according to the affidavit.

The employee was forced to go to various businesses as most would not sell more than a couple of cards at a time because of fraud alerts.

During the text messages, she purchased 20 cards totaling $2,000 from Target, Best Buy, Walgreens, Lowes, Bed Bath & Beyond, and CVS.

After she purchased the cards, the executive instructed her to remove the backing and text the numbers from the cards.

Towards the end, the employee became suspicious and called her boss to confirm this was real. The employee found out that the real Peter Ribeiro recently had surgery and was not currently working. The employee then received a call from one of the business owners advising she was being scammed and to report it to the police, according to the affidavit.

“When she found it was a scam, she immediately called iTunes, but all the money had already been transferred, and the cards were empty of value,” the deputy said.

Last week, a Vero Beach business was hit with the FPL Scam after forcing the owner to pay a $798.33 that wasn’t even due. The scammers asked the business owner to use Green Dot gift cards to pay for the alleged outstanding bill.