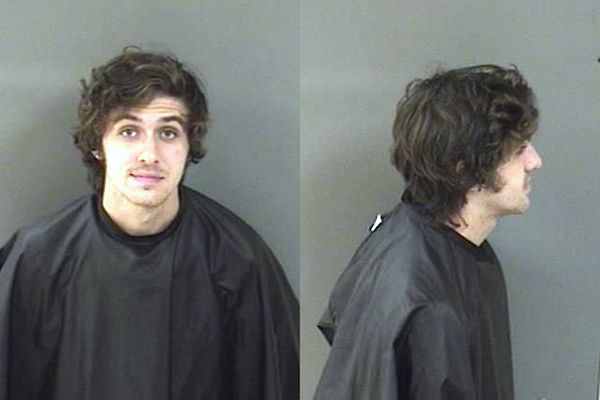 VERO BEACH – The Indian River County Sheriff’s Office arrested a man on burglary charges in Vero Beach, then later found out he was a felony fugitive running from justice in Oklahoma.

It started when the woman was throwing away her A/C filter at her Vero Beach home on Wednesday. She discovered a man in her garage rummaging through her vehicle. The woman yelled “help,” and the suspect fled on foot.

Braxton Joseph Kloehr, 21, was located a short time after by deputies as someone matching the description. The victim positively identified Kloehr as the man she saw in her garage, according to the report.

“Braxton advised he was homeless and had just moved to Florida from Tulsa, Oklahoma. Braxton advised that he was walking around because he could not sleep,” the deputy said.

Kloehr was arrested and transported to the Indian River County Jail where he was charged with Felony Auto Burglary, and Felony Burglary of Occupied Dwelling.

A short time after he was in jail, the Tulsa County Sheriff’s Office in Tulsa, Oklahoma noticed Vero Beach authorities that Braxton Kloehr had a felony warrant and would extradite him back to the state.