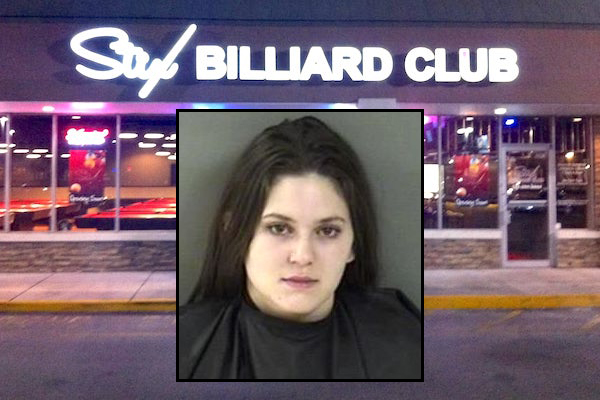 VERO BEACH – The Indian River County Sheriff’s Office responded to a call about a disturbance at the Stix Billiard Club in Vero Beach.

Deputies met with Madison Lagios, 23, who said her boyfriend began hitting her for no reason. When police asked to see where she was hit, they were unable to see any visible injuries.

Another deputy made contact with the boyfriend and immediately noticed “a large area of red swelling on the right side of his face,” according to the report. He told deputies that Madison “did that to him when he tried to break up with her.”

The boyfriend continued to tell deputies that Madison attacked him inside the establishment when he told her “he didn’t want to be with her anymore,” the report said.

Madison was placed in custody for battery domestic violence. The boyfriend became upset and begged deputies to release her, but it was explained that under Florida State Law they have to make the arrest since it’s a domestic violence case.

The boyfriend became angry and refused to sign his domestic violence packet or give a written statement. He said he was going to “bond Madison out in the morning and ask the State to drop all charges.”

It’s unknown why Madison called police since deputies determined she wasn’t a victim.