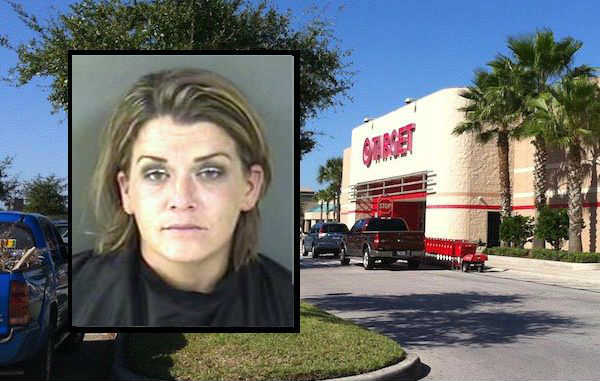 A Vero Beach woman, who was just arrested last week on child abuse charges, said she stole makeup from Target for her daughter.

Briar Lyn Pare, 31, told deputies that she stole several makeup accessories from the Vero Beach Target for her daughter, who was at home.

Pare was also arrested last week on charges of Felony Child Abuse and DUI by the Fellsmere Police Department. An employee from McDonald’s called police after Pare kept falling asleep at the drive-thru window in Fellsmere.

On Monday, Pare was seen at the Target store and possibly under the influence of something that caught the eye of a loss prevention officer, according to the report.

The officer observed Pare concealing numerous cosmetic brands and two toys into her purse. She was then seen purchasing a belt at the self-checkout.

“The subject fails to pay for the concealed items and exits the store,” the loss prevention officer said.

“I’m sorry, I just lost my job, and I was taking the makeup for my daughter who is at home,” Pare told deputies.

Pare was arrested and transported to the Indian River County Jail.