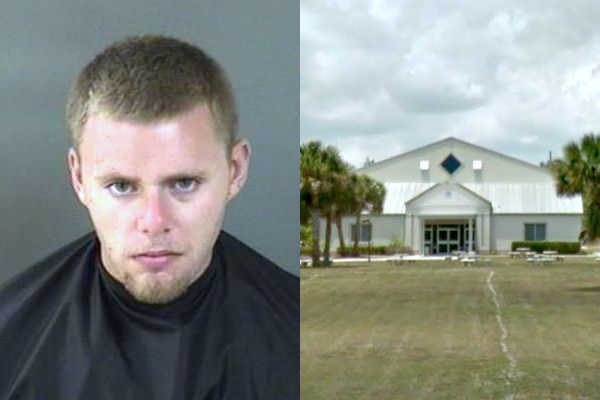 Vero Beach man tries to break into church to use Wi-Fi.

The church said someone was seen on video surveillance attempting to open the doors by pulling the handles. Also, the suspect was seen coming out of a shed located on the property, according to the report.

Upon arrival, deputies made contact with 26-year-old Charles Woolver who matched the description.

Woolver told deputies that he was looking for Wi-Fi in order to use his cell phone.

When asked why he was pulling on the doors, he denied it, but admitted to looking into the windows.

Woolver advised he needed help getting back home, and said he did not know how to get there. He had a bicycle nearby to which he claimed ownership.

The subject has been living at his current address in Vero Beach for six months.

Woolver told deputies that he was attempting to get a hold of his Aunt who lives in a trailer park adjacent to the church property.

But when a deputy asked to access his cell phone to test it’s calling capabilities, Woolver told him he needed a warrant.

Someone from the church arrived on scene and advised they had video surveillance of the subject.

The video witnessed Woolver pulling on a door to the church in Vero Beach.

Woolver was arrested and transported to the Indian River County Jail where he was charged with Loitering.