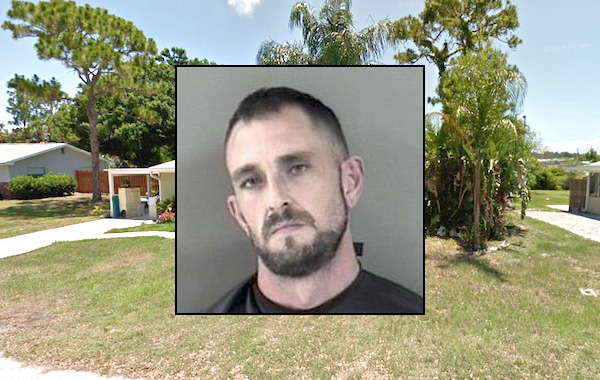 VERO BEACH – Deputies from the Indian River County Sheriff’s Office responded to a call about an attempted strangulation at a Vero Beach residence.

Deputies spoke with the victim who said the suspect, identified as Mark B. Miller, 34, allegedly began to strangle her after she tried to take her phone charger back from him.

The victim stated that she swung on Miller to get him off of her. He then took her cell phone and keys and fled the scene on a bicycle.

A K-9 unit searched the area for Miller. During the search, Miller called the victim’s father and said he “wasn’t coming back to give her the cell phone back or get his stuff until deputies left the area,” according to the report.

Deputies detained Miller after he was spotted a few blocks from the home.

The marks on the victim were consistent with her statement, according to the report.

Miller was booked on charges of Felony Battery Domestic Violence by Strangulation, and Misdemeanor Resist Arrest Without Violence. He has since posted bond from the Indian River County Jail.