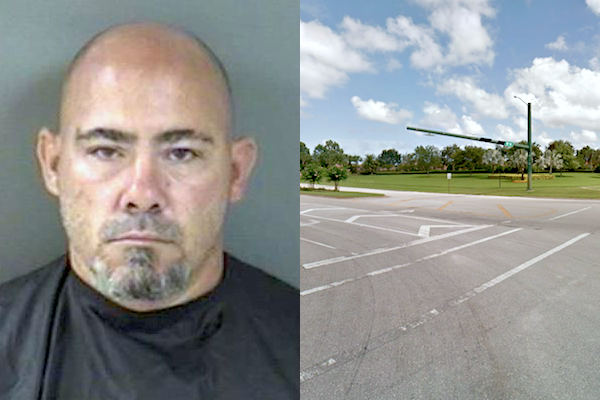 VVERO BEACH – A 43-year-old man was seen passed out in a truck as it was parked in the middle of the intersection of 58th Avenue and 53rd Street in Vero Beach, according to the Indian River County Sheriff’s Office.

The incident occurred in Vero Beach Monday at around 5:30 p.m. when traffic had to drive around the vehicle, a white Chevrolet pickup, as the driver appeared to be unconscious.

Deputies woke the driver, identified as Jason Todd Rice, and asked him to pull over to the side of the road.

“I made contact with the driver and asked him if he was ok. He stated he had three similar incidents over the past year where he lost consciousness while driving,” the deputy said.

Rice declined EMS and emptied all the cash from his wallet when asked for his driver’s license.

“The driver was trying to explain how he was driving to a tire shop during which he had slurred speech and appeared disoriented,” the report said.

Rice told deputies that he had not been drinking or taking any medication. The truck was unregistered bearing another plate that belonged to a different vehicle, and his driver’s license was suspended for failure to pay traffic fines.

The deputies placed Rice under arrest for operating an unregistered motor vehicle and attaching a tag not assigned.

The truck was searched and deputies found three travel bags with pills, cocaine, cannabis, and methamphetamine.

The cocaine was wrapped in several individual plastic bags. There were 8 plastic bags that contained methamphetamine.

The packaging was consistent with street-level drug sales, according to deputies.

Rice was arrested and transported to the Indian River County Jail where he was charged with failure to register a motor vehicle, attaching an unassigned tag, 6 counts of felony possession of a controlled substance with intent to sell, and drug paraphernalia.