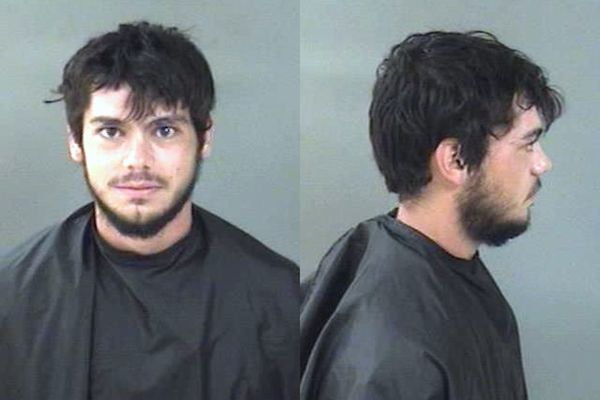 A 21-year-old man was arrested for DUI and is facing child abuse charges are crashing his car with his 2-year-old son inside. (Photo: Indian River County Sheriff's Office)

VERO BEACH – The Vero Beach Police Department received a call about an accident in which a vehicle hit a city pole Saturday night.

Upon arrival, officers were flagged down by a witness who said he heard a loud crash and saw a Mercury 4-door vehicle crashed into the pole.

The witness then said he noticed that the driver seemed impaired and there was a child in the backseat, so he notified the Vero Beach Police Department.

The driver was identified as 21-year-old Christopher Patrick O’Brien, who kept asking police if they could call him a cab so that he could take his son home.

“O’Brien made several statements such as, can you call me a cab and give me all the fines so I can go home with my son,” the officer said.

According to the report, O’Brien also told the officers that he was drunk and knew he was going to be arrested.

O’Brien admitted to drinking two shots of Tito’s Vodka at Mulligan’s Restaurant with his son present.

After failing the field sobriety tests, the officer arrested O’Brien for DUI with Property Damage, Driving Without a License, Operating an Unregistered Vehicle, and Child Abuse.

O’Brien also had an active warrant out of St. Lucie County.