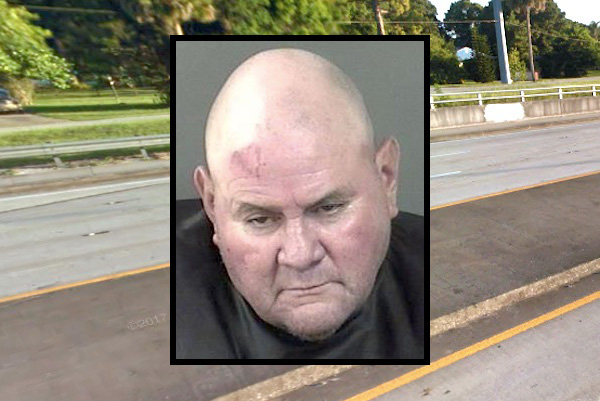 VERO BEACH – A 56-year-old man is spending St. Patrick’s Day in jail after he was found lying in the road on 20th Street. This comes after he drank a pint of whiskey in Vero Beach.

Ralph Gambino was found lying on his back in the “eastbound outside lane of 20th Street,” according to the report.

Deputies with the Indian River County Sheriff’s Office said Gambino was unable to get up on his own accord and required EMS to assist him up and out of the roadway.

Law enforcement was able to smell the odor of an alcoholic beverage upon his person.

Gambino told deputies that he drank a pint of whiskey and started St. Patrick’s Day early in Vero Beach, the report said. He was unable to stand up and remain standing without assistance.

The would-be partygoer was transported to the Indian River Medical Center where he was evaluated by a physician. Gambino was asked to leave the hospital after he cursed at the doctor.

Gambino walked out of the main entrance of the ER and laid down on his back in the middle of the parking lot. He was then placed under arrested and transported to the Indian River County Jail.

Gambino was booked on charges of disorderly intoxication.