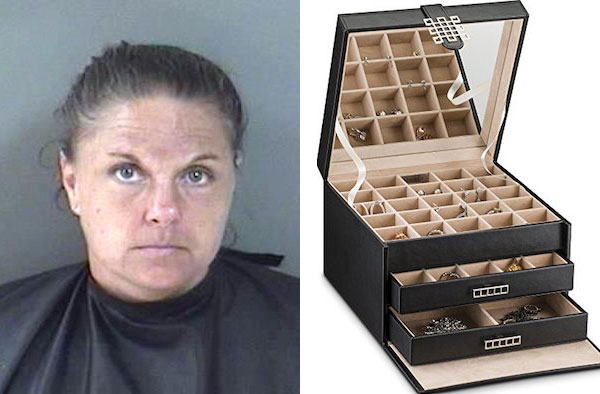 VERO BEACH – A housekeeper admitted to stealing several pieces of jewelry from a woman she was cleaning a house for, according to the Indian River County Sheriff’s Office.

Deputies responded to a call about a home burglary at the 500 block of Stanley Cay in Vero Beach. There, the homeowner said the following items were missing:

Detectives were told that the jewelry went missing after Rathbun cleaned the home. She said she pays Rathbun $15 per hour.

Rathbun’s name came up during a pawn check at Oslo Second Chance Pawn Shop located at 945 19th Avenue. There, she pawned several items that matched the description of the missing jewelry.

While Rathbun was questioned, she admitted to stealing all the jewelry. She was paid $125.

Rathbun said she needed the money to find a place to live because she didn’t want to stay at her boyfriend’s place anymore.

More: Vero Beach woman steals from Bealls because “I wanted the things that I’m use to having”

She also admitted to stealing three rings owned by the victim, and those were pawned at Treasure Coast Jewelers Pawn Shop under a friend’s name. Rathbun admitted were paid $275, and they split the money.

Rathbun was transported to the Indian River County Jail where she is being held on $9,000 bond.