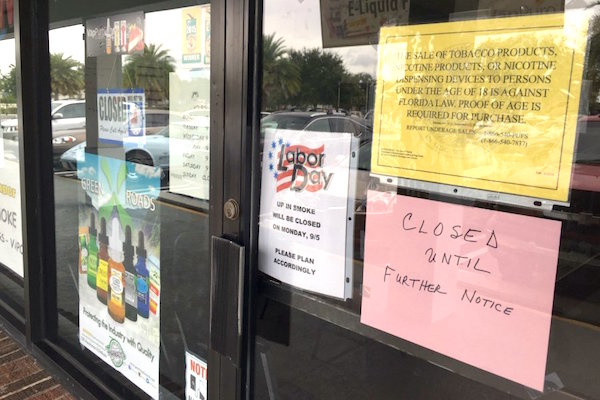 Up in Smoke store in Roseland. (ERIC HASERT/TREASURE COAST NEWSPAPERS)

SEBASTIAN – The Division of Alcoholic Beverages and Tobacco have arrested two more employees of the Up In Smoke RYO smoke shop in Roseland following their search of the establishment last week.

On Friday, Wanda Jean Agresti, 59, and James Perry Schneider, 34, were charged with selling cigarettes without warning labels and nontax cigarettes. Agresti, who is the store’s manager, was additionally charged with four counts of conspiracy.

In the past two months, State undercover agents visited and purchased several cigarettes from the smoke shop located in the 13600 block of U.S. 1.

Tyler Scott Troisi, 27, a clerk at the business was arrested and charged with failure to have cigarette warning labels and selling nontax cigarettes and at the time of the search. He was released from the Indian River County Jail on a $1,000 bail.