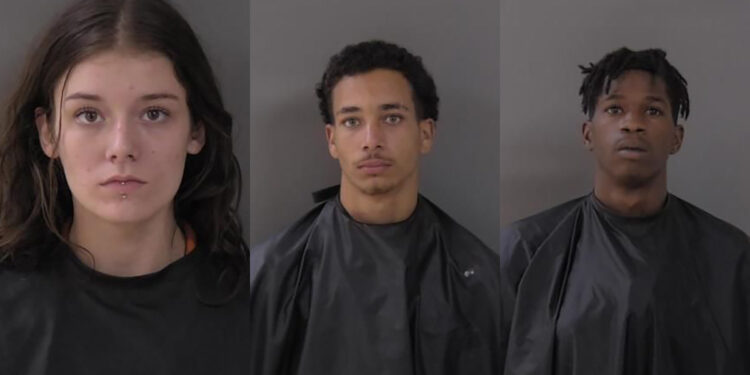 Within minutes of receiving multiple calls from victims, a deputy driving near the IRC Fairgrounds observed a Ford Escape identified as the suspect’s vehicle and attempted to make a traffic stop. However, the suspect fled recklessly down a dirt road and ultimately plunged into a canal.

There are five alleged suspects responsible for these auto-burglaries. However, one person is still at large.

Upon receiving a search warrant for the vehicle, law enforcement found three firearms, one laptop, multiple credit cards, nine wallets, and purses. Masks used by the suspects were also recovered from the Ford Escape.