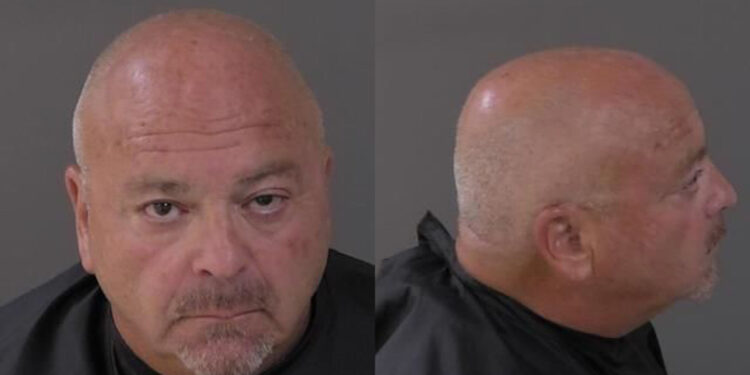 When a man showed up for his eye appointment 30 minutes late, he became erratic when the staff told him he had to reschedule.

David B. Glick was so “belligerent” that the Florida Eye Institute in the Riverwalk Shopping Center in Roseland felt they needed to call law enforcement immediately, the affidavit said.

Glick went into the restroom and came back without his shirt on, locking the bathroom door behind him. As a result, the business was unable to provide bathroom facilities for patients in the lobby.

He continued to cause a scene in front of other patients and refused to leave. Glick finally left the business and walked into the nearby Publix, where deputies made contact with him.

“I could smell the very strong odor of an alcoholic beverage exhuming from Glick’s person and his breath,” the deputy said.

The deputy asked him if he could call a friend to pick him up, but Glick could not locate his cell phone in his vehicle. The deputy then observed a 1.75L bottle of vodka tucked behind the center console in reach of the driver’s seat. The bottle was almost finished.

Glick continued to be uncooperative and emotional while talking in circles during the entire interaction with law enforcement.

He was arrested and charged with Disorderly Intoxication and transported to the Indian River County Jail for processing.