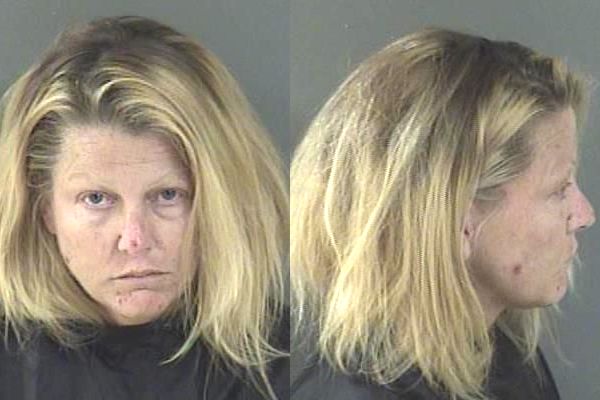 Jennifer Lynn Keefe, of Sebastian, was caught stealing plant trimmings from a home.

SEBASTIAN – On Friday evening at approximately 6:00 p.m., a neighbor called police stating that a woman was cutting and stealing plants at the house next door, according to the Sebastian Police Department.

Officers arrived and spoke with Jennifer Lynn Keefe, 48, who had plant trimmings in the backseat of her vehicle. She told police that she was driving around the neighborhood looking at plants.

When asked about the plant trimmings in the backseat, Keefe told police she was doing yard work.

“[She] wanted to look at yards that had nice yard work,” the officer stated in the affidavit.

According to the report, Keefe wanted to look at yards that had nice yard work so that she could get an idea for her mother’s yard. So, she walked onto the property to look at the plants and began cutting down the trimmings and placing them in the vehicle.

The homeowner told police she did not give permission for anyone to be on the property and wanted to press charges for theft and trespassing.

Keefe was arrested on a charge of theft and transported to the Indian River County Jail. She was later released after posting $1,000 bond.