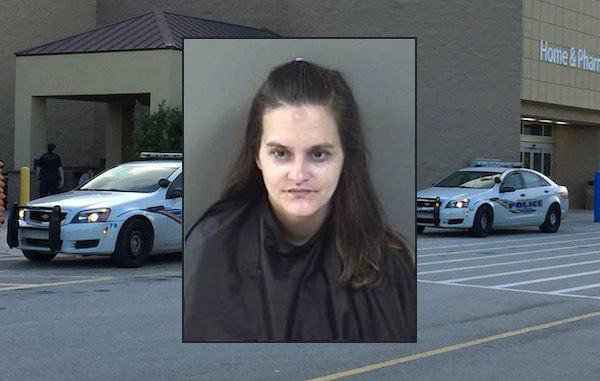 Woman caught stealing candy and shirts at Walmart in Sebastian.

SEBASTIAN – A 31-year-old woman was arrested at Walmart after leaving the store without paying for candy and two shirts, according to the Sebastian Police Department.

Catherine Tabatha Avans, who told officers she was disabled, was observed by a loss prevention officer as she concealed multiple assortments of candy and two shirts in the store.

On Monday at approximately 4:30 p.m., the loss prevention officer contacted law enforcement about a shoplifting in progress. Officers arrived and waited outside the entrance to Walmart.

Avans then exiting the store without paying for any of the items concealed in her backpack.

Sebastian police approached Avans and asked if she was taking items without paying for them.

“Sorry,” she told the officer.

“Avans stated that she did take the items without paying for them and that she was arrested approximately 3 months ago by this agency for Retail Theft at Walgreens,” the officer said.

More: What really happened to the Scan 7 Go handhelds at Sebastian Walmart?

The loss prevention officer totaled the items in Avans backpack which came to a total of $33.72.

Avans was placed under arrest and transported to the Indian River County Jail. Bond set at $500. She has since been released from jail.