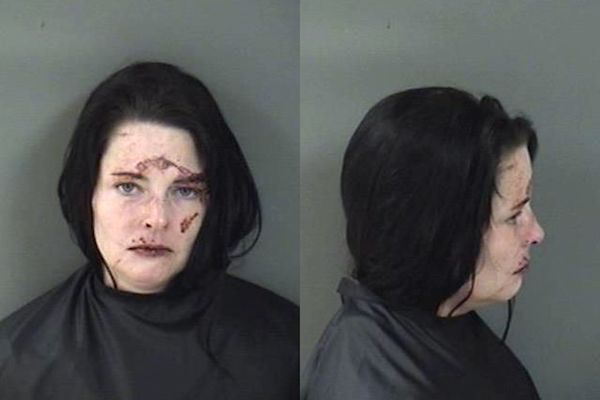 A Sebastian woman who has a tattoo on her lower back that declares "Only I can judge me" is back behind bars.

SEBASTIAN – A woman who was arrested after biting her mother for taking too long to get cigarettes is back behind bars.

Sebastian police say Lindsey Nicole Theissen, 32, was arrested Saturday morning on two counts of Battery Domestic Violence after receiving a call at the 500 block of BayHarbor Terrace about a disturbance.

Theissen, who has a tattoo on her lower back that declares “Only I can judge me,” appeared to be under the influence and bleeding from the left side of her face and right hand, according to the arrest affidavit.

Witnesses say the disturbance started in the morning when Theissen was beating on doors. A 16-year-old in the home observed blood in the kitchen and began to clean up, until Theissen allegedly said, “thanks for cleaning my blood, next it’ll be yours.” Theissen then began to burn the girl with a lit cigarette. The two got into a verbal argument until the girl’s mother and grandmother separated the two, according to the report.

The girl then told police that Theissen began beating her mother with a TV remote until her grandmother intervened, the report said. Officers observed injuries to the mother’s nose and cheek area.

“[I] asked the defendant if she would tell me her side of the story, but she was uncooperative,” the officer said.

Theissen was arrested and transported to the Indian River County Jail. She was released on $3,000 bond Sunday evening.