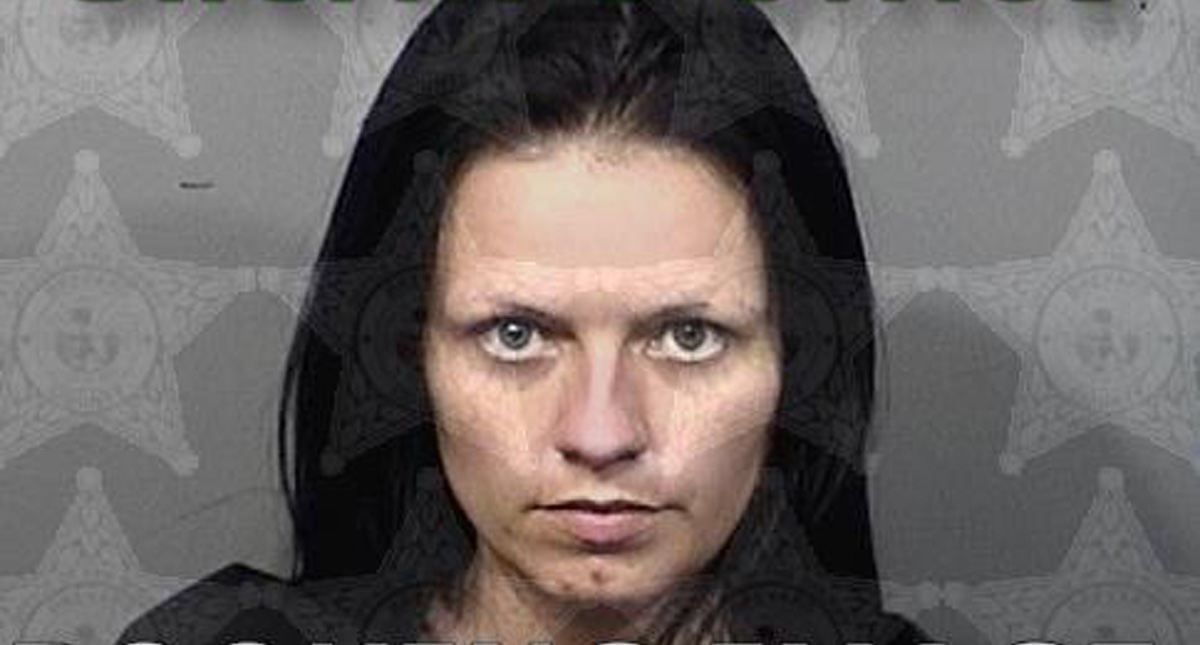 When a Walmart loss prevention officer confronted a suspect for theft, she took off running but left her purse in the shopping cart, according to the Brevard County Sheriff’s Office.

The grey powder substance was sent to a lab for testing.

Walmart security said they were monitoring Barker on video surveillance as she failed to ring up some of the items in her shopping cart at the self-checkout.

“The female had taken different barcodes that she taped to multiple items so that they would ring up as a cheaper item. The female would also take items and place them into a bag making no attempt to ring them up,” the deputy said.

When Barker was done at the self-checkout, she proceeded to the exit, passing all points of sale, making no attempt to purchase the unscanned items. The unpaid merchandise amounted to $107.51.

The loss prevention officer approached Barker and identified himself. Upon doing so, Barker “ran out of the door and got into a Blue Kia sedan,” the affidavit said.

However, Barker left behind her purse and wallet in the shopping cart. Walmart security said Barker had been stopped previously at the same Walmart for theft.

Barker was arrested and transported to the Brevard County Jail, where her bond was set at $2,500.