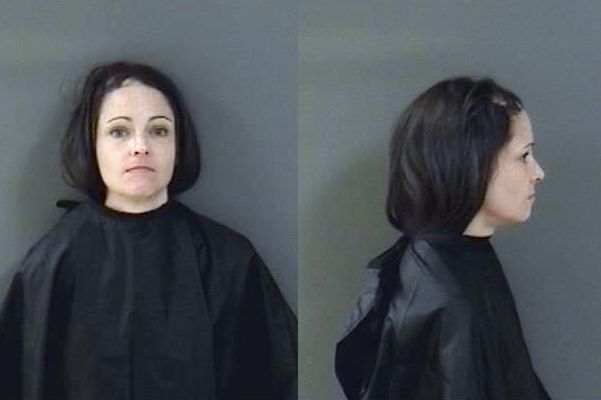 A woman was arrested after punching her grandmother in Sebastian, Florida.

SEBASTIAN – A 33-year-old woman who was arrested in the past for beating on her mother and grandmother is back behind bars again, according to the Sebastian Police Department.

Lindsey Nichole Theissen, was charged with Battery Domestic Violence on Thursday night after punching her grandmother twice while she was on the phone. Theissen told police that her grandmother made up the story to send her to jail.

“Lindsey stated they got into an argument over [the grandmother] spraying vinegar on her clothes,” the officer said.

The grandmother said that Theissen accused her of spraying the vinegar on her clothes, which she denies. She said her granddaughter began to throw things at her, so she called a friend to pick her up. While on the phone, Theissen allegedly punched the grandmother “two times on the left side of her head,” according to the affidavit.

“I observed [the grandmother’s] head, and I could see she had a bump on the left side of her head. I then checked Lindsey’s hands where I observed the knuckle to her right thumb was red and looked swollen,” the officer said.

Theissen’s 8-year-old daughter told police that she witnessed her mother punching the grandmother’s “head multiple times” during the disturbance, according to the report.

Theissen was arrested and transported to the Indian River County Jail where her bond was set at $1,000.

Theissen was arrested for domestic violence 3 times in 2018.

In February 2018, she was arrested after she bit her mother for taking too long to get cigarettes. The mother said her daughter bit her and pulled her hair when she took too long to drive her to Cumberland Farms to buy the cigarettes.

In April 2018, Theissen was arrested for beating her mother with a TV remote. This time, the grandmother intervened to stop the disturbance. Police said there were injuries to her mother’s nose and cheek area.

In July 2018, the police were called after Theissen was yelling and calling her grandmother a “Fu** Girl.” The disturbance escalated, and Theissen grabbed her grandmother by the arm and pushed her.

So, how’s the weather going to be this weekend?

Weekend weather and events in Sebastian

Weekend weather and events in Sebastian