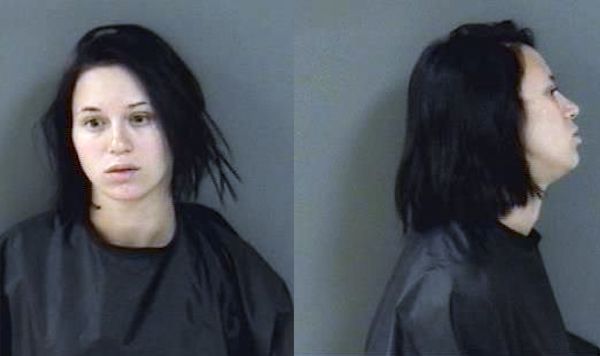 A woman leaves her child in the middle of the roadway and walks away.

SEBASTIAN – A woman is being held at the Indian River County Jail on $15,000 bond after abandoning her child in the middle of the roadway, according to authorities.

Katelynn Dellilo, 21, of Sebastian, was charged with child neglect on Wednesday afternoon.

Investigators say Dellilo left her 2-year-old child in the middle of the roadway in Vero Beach on Tuesday night; the temperature was approximately 50 degrees.

The Indian River County Sheriff’s Office received a call Wednesday morning to help search for the child after Dellilo reported him missing. Dellilo told law enforcement that she gave her child to her “pimp/boyfriend” and hadn’t seen him since.

Dellilo told investigators that her boyfriend was supposed to bring the child to her at the Howard Johnson’s within one hour. However, the boyfriend never arrived at the hotel on Tuesday night. Dellilo waited until Wednesday morning to report the child missing to authorities.

When investigators asked Dellilo where she last left the child, she couldn’t remember. She then became irate stating “fu** you, just arrest me” to law enforcement, the affidavit said.

A witness who was standing on a nearby corner approached deputies and said she was with Dellilo’s boyfriend at his apartment. The witness said Dellilo left the child “in his stroller in the middle of the road” on Tuesday night at approximately 8:30 pm.

The child was located at the apartment with the boyfriend. The boyfriend told deputies that he is not the biological father of the child.

The boyfriend said he was with Dellilo Tuesday evening while she was pushing the stroller. The two began to argue, and Dellilo walked away, abandoning the child in his stroller in the middle of the street. The boyfriend stated Dellilo yelled “fu** you and the baby” and kept walking, according to the report.

After Dellilo left the child, the boyfriend attempted to call her to return to the baby. Deputies reviewed the boyfriend’s cell phone, and it showed numerous outgoing calls to Dellilo.

When Dellilo did finally answer, the boyfriend asked for her parent’s phone number so that he could give them the child. However, she declined and eventually hung up, reports show. Not knowing what to do, the alleged boyfriend took the child back to the apartment.

Dellilo’s father arrived and took custody of the child. Dellilo was arrested and transported to the Indian River County Jail, as of Thursday afternoon, she is still being held on $15,000 bond.

Warming Up Before The Weekend, Rain Chance Increases