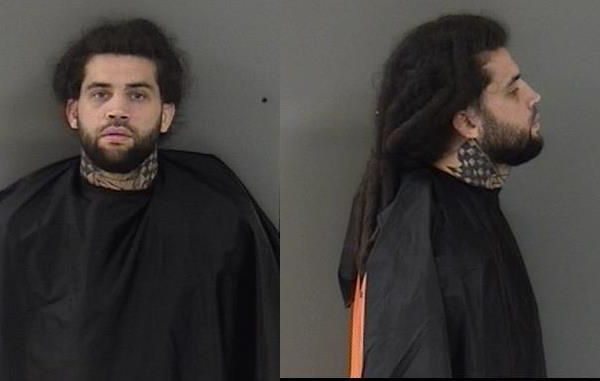 SIU Detectives attempted a traffic stop on the vehicle near the southern county line. The vehicle pulled over, but fled from the scene shortly thereafter. A second traffic stop was attempted by K-9 Deputy Henson just north of the Vero Beach exit. The vehicle refused to stop this time, and deputies did not pursue. Indian River County Sheriff’s Office helicopter, Hawk, located the vehicle in the area of County Road 512 and I-95 as the vehicle began heading east to Sebastian.

The vehicle turned north near the Indian River County Pool at which time a felony traffic stop was conducted and the vehicle stopped. Thomas Ibarra (28) of Miami was taken into custody for felony fleeing and eluding. A search of the vehicle resulted in the seizure of a kilogram of a fentanyl/heroin mixture and $2,706.00 cash. The estimated street value of the drugs is approximately $150,000.00.

“Thanks to our partnership with the Palm Bay Police Department, our deputies were able to get this dangerous man off the streets. The quantity and purity of the fentanyl seized is beyond deadly. We continue to see opioid overdoses in our community and are working hard to eradicate it from the streets. If these drugs made it back to Palm Bay, we are sure they would have ended up in the hands of users within and around our community. This was a great team effort by our detectives, deputies, K-9, and aviation unit,” Indian River County Sheriff Deryl Loar said.

Ibarra was arrested and charged with felony fleeing and eluding and trafficking in fentanyl. Ibarra remains at the Indian River County Jail on $53,500 bond.