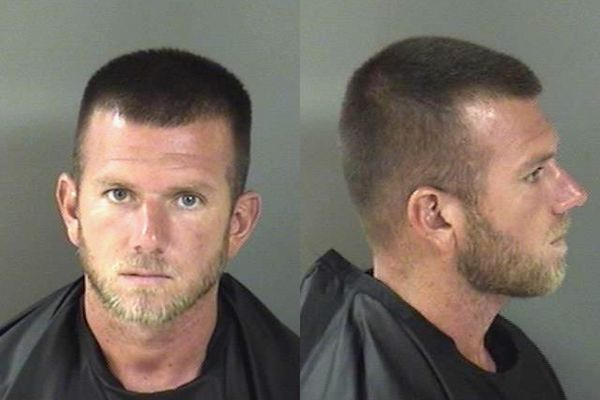 SEBASTIAN – For the past couple of weeks, there have been reports of several burglaries targeting landscaping companies who store their equipment in trailers, according to police.

On Tuesday, the Sebastian Police Department busted a man who tried to sell stolen equipment to detectives.

Earlier in the morning, Ameron Landscaping and Mowing reported that $1,996.00 worth of equipment was stolen. This included two hedge trimmers, a chainsaw, backpack blower, and an edger.

Detectives received a tip that a man in Sebastian, identified as 30-year-old Shawn Michael Deblasio, was trying to sell the equipment to a Palm Bay man. The man worked with detectives as they tried to meet Deblasio to purchase the equipment, the report said.

The Palm Bay man agreed to meet Deblasio in the parking lot near the Sebastian Dunkin Donuts and Shark Mart. Detectives were posing as the buyers.

Sebastian detectives met with Deblasio and found all the equipment in his truck belonging to Ameron Landscaping and Mowing from the burglary, according to the report.

“Deblasio denied being the person who entered into the lawn maintenance trailer without permission,” police said.

During the police interview, Deblasio confessed that two individuals brought the property to his home to store it in his shed, the arrest affidavit said.

“Due to the fact that Shawn Deblasio traffics in the sale of property that he confessed to knowing to be stolen and in doing so also knowingly and willingly profited from these sales, Deblasio is being charged with Dealing in Stolen Property,” the detective said.