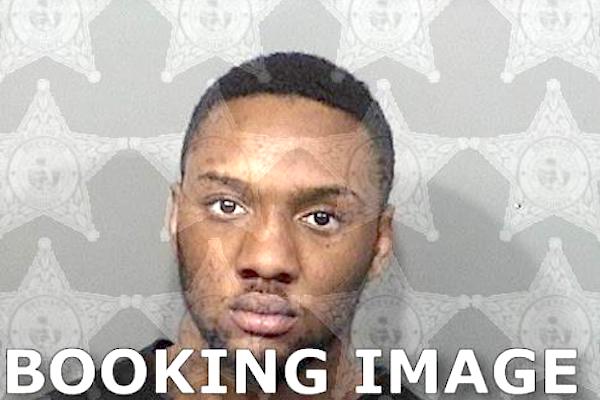 SEBASTIAN – A 20-year-old man was arrested Monday after a warrant was served out of Brevard County charging him with three felonies, records show.

Isiah John Dawson, who resides at the 700 block of South Easy Street in Sebastian, was charged with Felony Aggravated Battery, Felony Burglary, and Felony Criminal Mischief.

Police say the crime was recorded by Dawson’s girlfriend, identified as Alliyah Hobson, and published on SnapChat.

The male victim told law enforcement that he and Hobson are roommates and that a verbal altercation took place about the rent. Hobson then called Dawson to the home in Palm Bay.

Palm Bay police reviewed video footage of the crime as Hobson followed Dawson around the home as he committed the crime. Dawson can be seen striking the male victim several times as he was in his bedroom. The victim shouted “I didn’t do anything, stop,” on the video.

While yelling, the video shows Dawson continuing to strike the victim with a closed fist and “stomp his body and head several times as his head bounced off the floor violently,” police said.

Dawson then destroyed approximately $6,180.00 worth of the victim’s property in the home. The items included his Vizio 60′ flat-screen TV, 52′ Plasma smart TV, Kitchen table with a glass top, Christmas ornaments, 2 cable boxes belonging to Spectrum, 2 VCRs, and an iPhone, the affidavit said.

The male victim said he was lying on the bathroom floor for almost 24 hours because of his injuries. He was transported to the Palm Bay Emergency Room to treat a cracked pelvis and broken nose.

Since Hobson recorded the Snapchat video, police located her at PinUps, a gentlemen’s club, where she is employed. She identified the man in the video as her boyfriend, Isiah John Dawson, and said he lived at the 700 block of Easy Street in Sebastian. Since Dawson lived in Indian River County, a warrant was issued for his arrest for the crime in Brevard County.

Dawson was arrested on Monday and is still being held at the Brevard County Jail on $42,000 bond.

Sunshine returns Thursday, warming up before the weekend