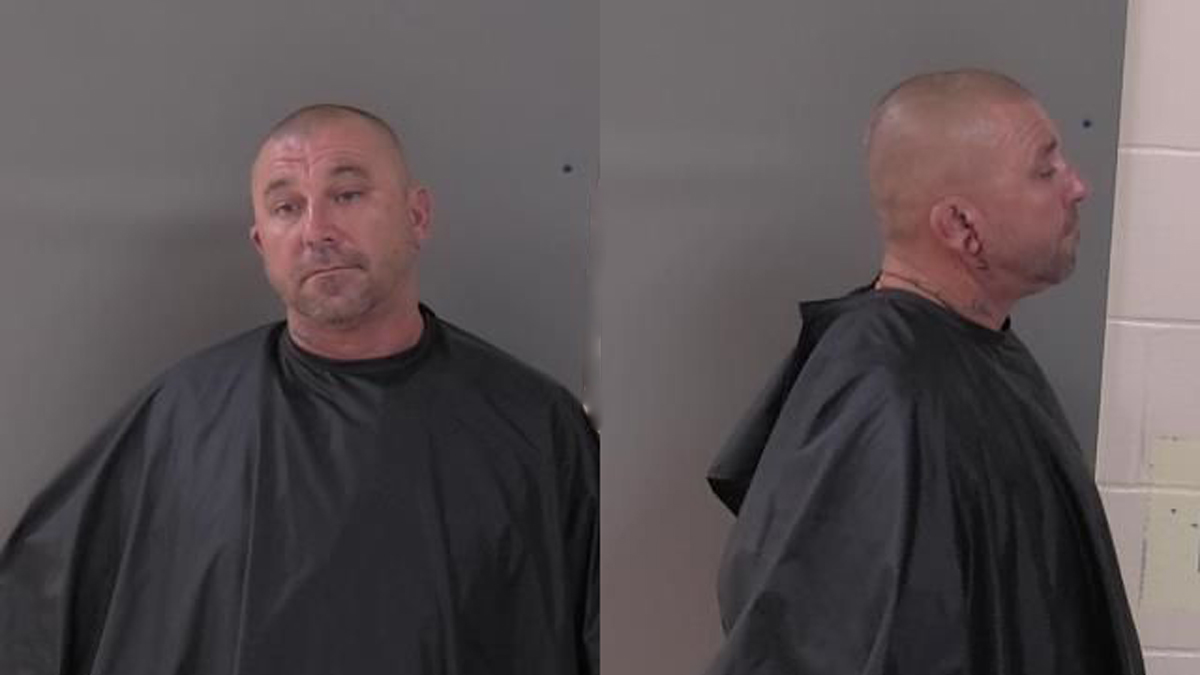 A nude 46-year-old man from Sebastian was arrested Saturday after throwing a glass urn at the victim and fracturing their nasal cavity.

The Sebastian Police Department responded to a home in reference to a disturbance. The victim was at the neighbor’s house and stated she and the defendant, later identified as Scott Anthony Cornwell, were involved in a verbal altercation which escalated, the affidavit said.

During the altercation, Cornwell allegedly began throwing several different random items at the victim. One of the items was a glass-style urn, which contained a family member’s ashes.

“While speaking with the victim, I observed large swelling around (the victim’s) forehead and eyes. The victim was bleeding from the right side of (their) face,” the officer said.

The items and urn thrown at the victim by Cornwell had fractured their nasal cavity. The victim was transported to the Sebastian River Medical Center.

The police then made several attempts to speak with Cornwell by knocking on doors, windows, and calling his cell phone without a response.

“At approximately an hour later, the defendant exited the home completely nude. The defendant was taken into custody,” the officer said.

Cornwell stated that he and the victim got into a verbal altercation which escalated. He said the victim hit him twice but would not elaborate as to what took place after that. Cornwell said all he did was move a mattress in the room before things escalated.

Cornwell was charged with aggravated battery and transported to the Indian River County Jail, where his bond was set at $3,500. He was later released after posting bail.