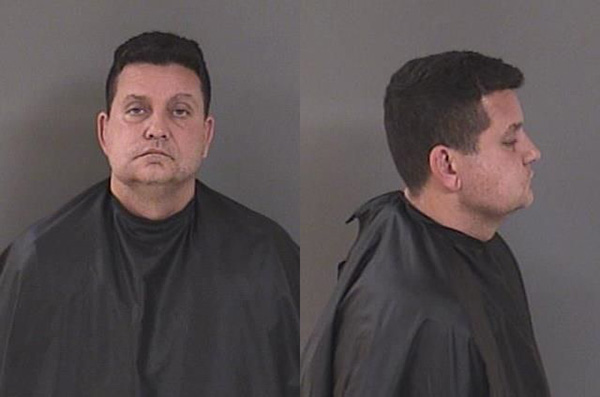 Last Thursday, officers responded to Earl’s Hideaway Lounge about a man making threats to shoot a bar manager, according to the Sebastian Police Department.

John Demay, 50, was standing next to his Toyota Tacoma truck in the parking lot as police arrived.

The bar manager told police that he asked Demay to leave the property because he was making a scene and “touching people,” according to the affidavit. Demay also lunged at a bartender and was punched in the face as a result.

Demay left but not without saying he would return later to shoot the bar manager. Demay then returned with a dog and stood in the parking lot.

When police arrived, they found a loaded semi-automatic handgun in Demay’s front pocket. Officers said Demay was intoxicated and swaying in a circular motion as he spoke.

Demay told the police that he had an altercation with a bartender earlier in the night.

“John further told me he went home, got his dog and his gun, then went and got some food and returned to Earl’s,” the officer said.

Demay told the police that he was sitting in the parking lot because he knows people.

“I asked him why he would return to the place he had an altercation several hours prior with a gun and a dog. John did admit that he had the gun for protection due to the earlier incident. John was unable to tell me anything further,” the officer said.

Police found a second firearm in the center console of Demay’s truck.

Demay was charged with aggravated assault with a deadly weapon and transported to the Indian River County Jail. He was later released on a $500 bond.