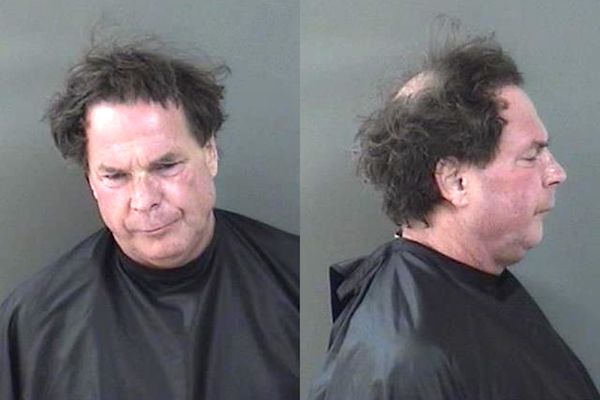 SEBASTIAN – The Sebastian Police Department made a traffic stop on a vehicle that had no tail lights at the intersection of Barber Street and Dempsey Avenue.

The officer made contact with the vehicle and heard a man, identified as 56-year-old Edward Anthony Lenart, a passenger yelling behind the driver’s seat.

“I observed a white male passenger sitting behind the driver who was cussing and acting [belligerently] towards the three female occupants,” the officer said.

The women told the officer that they were at Earl’s Hideaway with Lenart and observed him drinking beer and taking several shots of alcohol.

“After conducting a computer check on Lenart’s Florida ID card, it was confirmed he was on parole, and part of his stipulations was no bars and or alcohol,” according to the report.

The officer could smell a strong odor of alcohol coming from Lenart’s breath. His eyes were glossy and bloodshot, and his words were slurred, the report said.

The officer asked Lenart to exit the vehicle.

While unsteady on his feet, he told the officer he didn’t drink any alcohol but had water with lemon.

The three women completed a sworn written statement about Lenart and his whereabouts, including the alcohol he was drinking.

Lenart was arrested for Violation of Probation Conditions and transported to the Indian River County Jail.

On the way to jail, Lenart told the officer that he knew where he lived and was going to kill him and his family.

The officer charged him additionally with Corruption by Threat to a Public Servant.